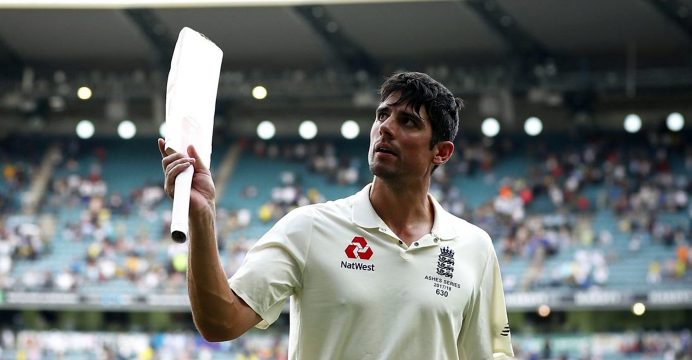 Alastair Cook of England announced on Monday that he would retire from international cricket after the end of the ongoing home series against India. The opening batsman said that the time was right as he had “nothing left in the tank”. Cook stepped down as England’s test captain last year.

The 33-year-old Essex left-hander is England’s all-time leading Test runscorer with 12,254 runs at 44.88 including 32 hundreds. Cook’s run of 158 consecutive Test appearances is a world record.

But the former England captain Alastair Cook, who has played in 160 Tests in total, has struggled for runs recently and averages a meagre 18.62 from nine Tests this year.

“After much thought and deliberation over the last few months I have decided to announce my retirement from international cricket at the end of this Test series against India,” said Cook in an England and Wales Cricket Board statement. 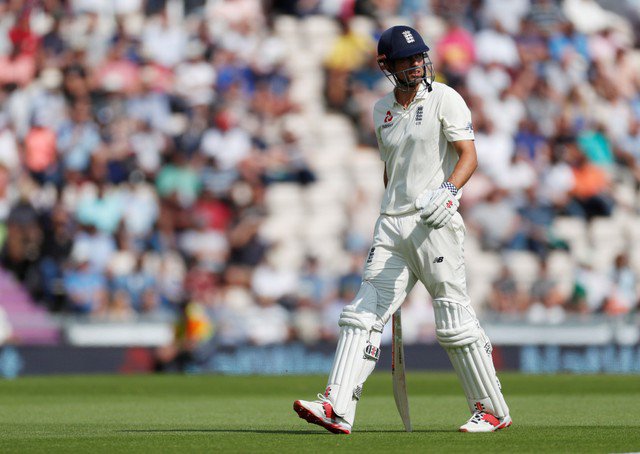 “Although it is a sad day, I can do so with a big smile on my face knowing I have given everything and there is nothing left in the tank,” Alastair Cook added.

“I have achieved more than I could have ever imagined and felt very privileged to have played for such a long time alongside some of the greats of the English game.

“The thought of not sharing the dressing room, again, with some of my teammates was the hardest part of my decision, but I know the timing is right.”

England took an unassailable 3-1 lead in their five-match series against India with a 60-run win in the fourth Test at Southampton on Sunday.

The England selectors have yet to announce their squad for the fifth Test at The Oval, which starts on Friday.

But it would be a major surprise if Alastair Cook was not allowed one last Test appearance prior to his international retirement.