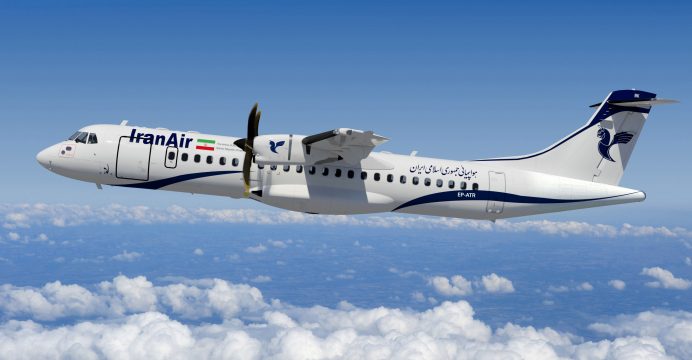 All five new ATR 72-600 planes landed in Tehran’s Mehrabad airport after leaving Toulouse, France, where they were built, and refueling in Urmia in northwestern Iran, the Iranian news agency IRNA reported.

U.S. President Donald Trump’s decision in May to pull the United States out of a 2015 deal requires most companies to complete ongoing business with Iran before U.S. sanctions are reimposed after a wind-down period which expires on Aug. 6.

ATR – co-owned by Airbus (AIR.PA) and Italy’s Leonardo (LDOF.MI) – has been pressing U.S. authorities to allow it to deliver aircraft it built for Iran.

After the signing of the accord to reopen trade links in return for Tehran curbing its nuclear activities, IranAir ordered a total of 200 aircraft from Western planemakers including 20 from ATR, which is based in Toulouse, France.

But few have been delivered and planemakers say they are unable to use the wind-down period because Washington has also revoked export licenses needed by all Western planemakers due to their heavy use of U.S. parts.

ATR – which had delivered 8 planes to Iran under the deal and started building another 12 – has been lobbying the U.S. Treasury to allow it to take advantage of the normal wind-down period for Iran business by giving it temporary new licenses.

Asghar Fakhrieh-Kashan, an adviser to Iran’s transport minister, was quoted by the semi-official news agency ILNA as saying that Iran had paid for the five planes on Friday, a day before the planes left France.