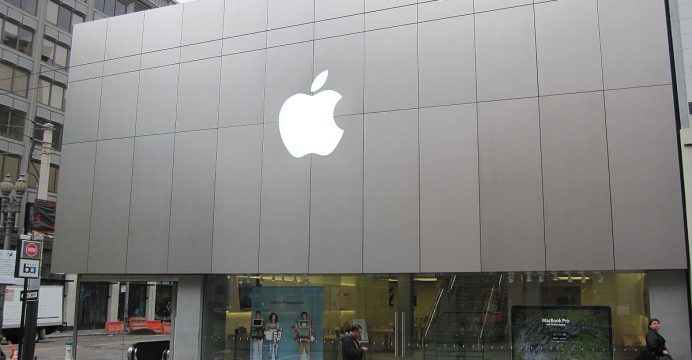 Apple has become the world’s first public company to be worth $1 trillion (£767bn). The iPhone maker’s market value reached the figure in New York on Thursday and its shares closed at a new record high of $207.39.

The stock has been rising since Tuesday when it reported better than expected results for the three months to June. Apple beat Silicon Valley rivals such as Amazon and Microsoft to become the first to hit the $1 trillion valuations, reports BBC.

Since the iPhone first went on sale in 2007, Apple shares have soared by 1,100% and have jumped almost a third in the past year.

Apple traces its origins to the garage of co-founder Steve Jobs in 1976 and was initially best known for its Mac personal computers before its smartphone paved the way for the app economy.

Mr. Jobs, who died in 2011 and was succeeded as chief executive by Tim Cook, oversaw the development of the iPhone, which transformed Apple’s fortunes.

In 2006 the company had sales of less than $20bn and posted profits of almost $2bn. Last year its sales hit $229bn, with profits of $48.4bn, making it the most profitable listed US company.

PetroChina was briefly worth about $1.1 trillion after floating in Shanghai in 2007, although most of its shares were held by the Chinese government. It is now worth about $220bn.

Despite its $1 trillion price tag, many analysts still do not view Apple’s shares as expensive given that they trade at about 15 times expected profits, compared with a figure of 82 for Amazon and 25 times for Microsoft. Also boosting Apple shares in recent months was the company’s decision to set aside $100bn to buy back stock.