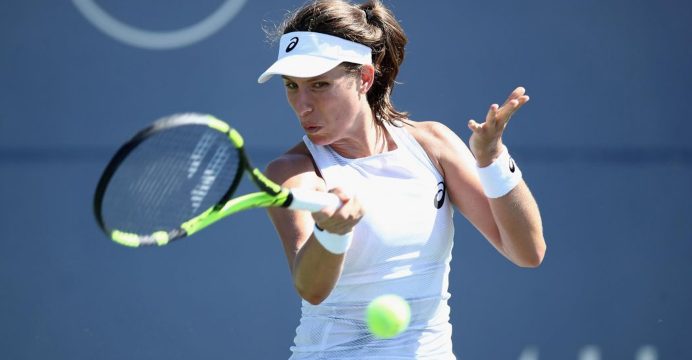 A day after handing Serena Williams the worst loss of her career, Britain’s Johanna Konta continued her dominance over American competition with a 6-1 6-4 dismantling of Sofia Kenin at the Silicon Valley Classic on Wednesday.

Konta’s service game was once again sharp as she fired nine aces while winning 72 percent of her first serves and 81 percent of her second against the American teenager on a sun-soaked day at San Jose State University.

Konta, a champion at the tournament two years ago, will face fourth seed Elise Mertens in the quarter-finals after the 22-year-old Belgian cruised to a 6-2 6-0 win over American Ashley Kratzer.

Earlier in the day top seed Garbine Muguruza withdrew prior to her hotly-anticipated second-round match against former world number one Belarusian Victoria Azarenka due to injury. 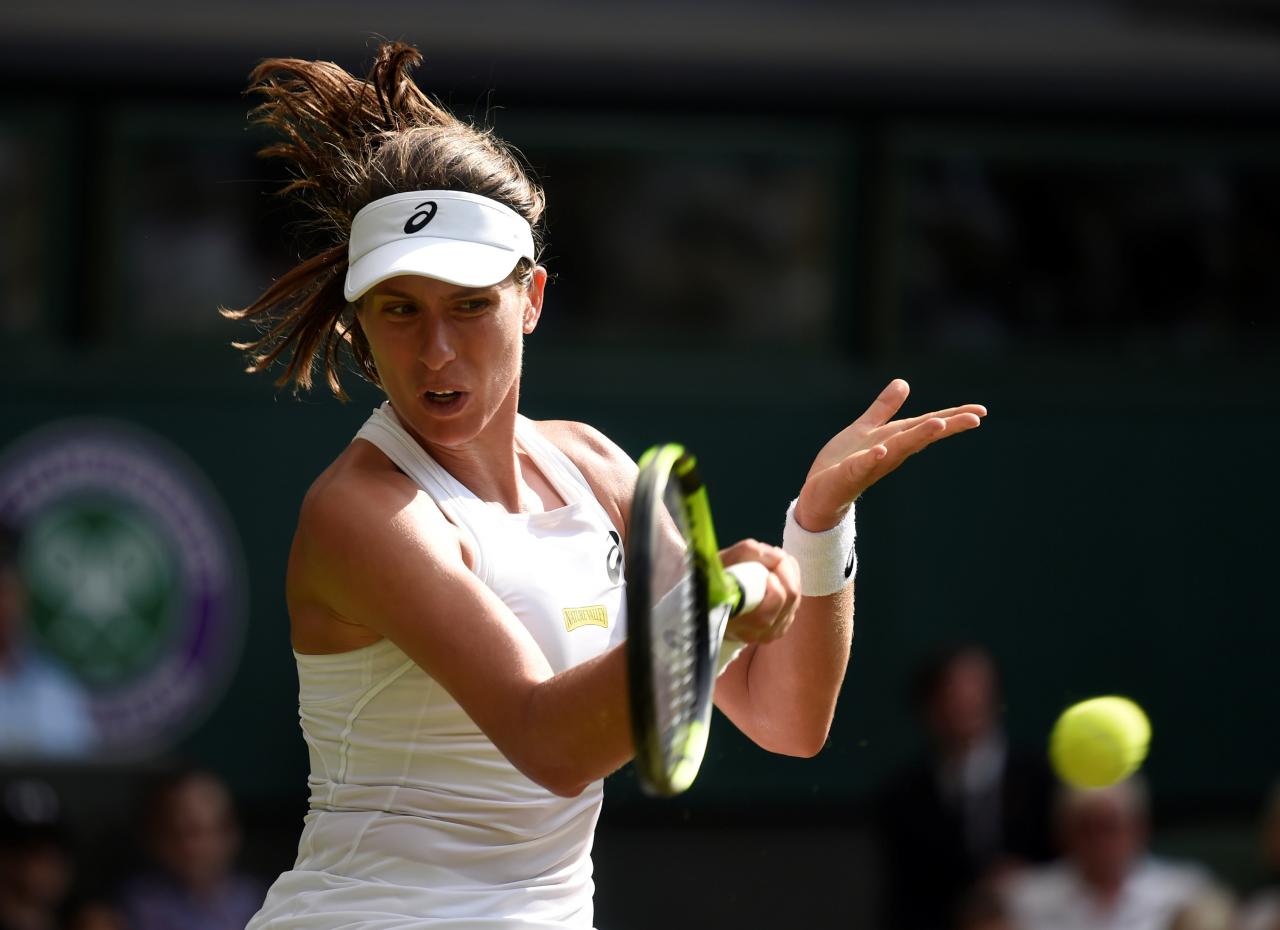 “I’ve been feeling some pain in my right arm for a couple of days and realized I am not ready to play the match,” the two-times grand slam champion said.

“Hopefully I can recover for the next tournaments.”

Azarenka instead faced tournament lucky loser Anna Blinkova and needed less than an hour to complete a 6-1 6-0 thrashing of the 19-year-old Russian.

Next up for Azarenka is a quarter-finals showdown against Miami Open semi-finalist Danielle Collins, who dispatched Vera Lapko 6-1 3-6 6-1 earlier in the day.

“I watched her play in Miami where she obviously played really good tennis, really aggressive and bold,” Azarenka said of the American Collins.

“But for me right now it doesn’t matter who the opponent is. It’s about playing with myself, not against myself, and trying to find my rhythm.”