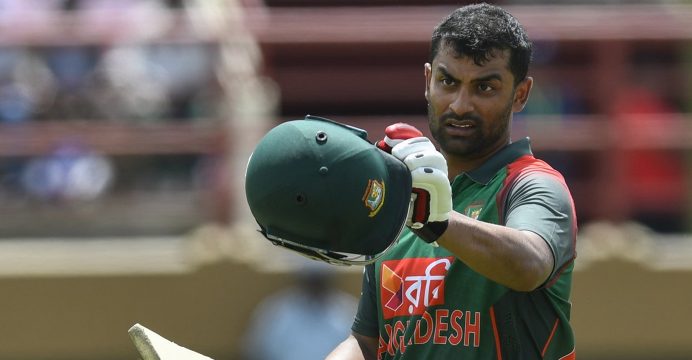 A brilliant century by 103 by Tamim Iqbal enabled Bangladesh to beat West Indies by 18 runs in the 3rd ODI played on the early hour of Sunday at St. Kitts Island, West Indies.

Bangladesh batting first post a mammoth 301 runs for the loss of six wickets in their allotted 50-overs.

In reply, West Indies after a slow start , R Powell thunderous knock of 74-off 41-balls almost took away the game but Tiger bowlers some how regained their composer to restrict the host to 283 for 6 wickets in their allotted 50
overs.

Thanks to southpaw opener Tamim Iqbal who scored an incredible 103 runs off 124 balls studded with seven boundaries and two towering sixes.

His superb effort was well utilized by Mahmudullah Riyad whose cameo innings of 67 off 49 balls laced with five glorious boundaries and three eye catching sixes enabling Tigers to cross 300 mark. 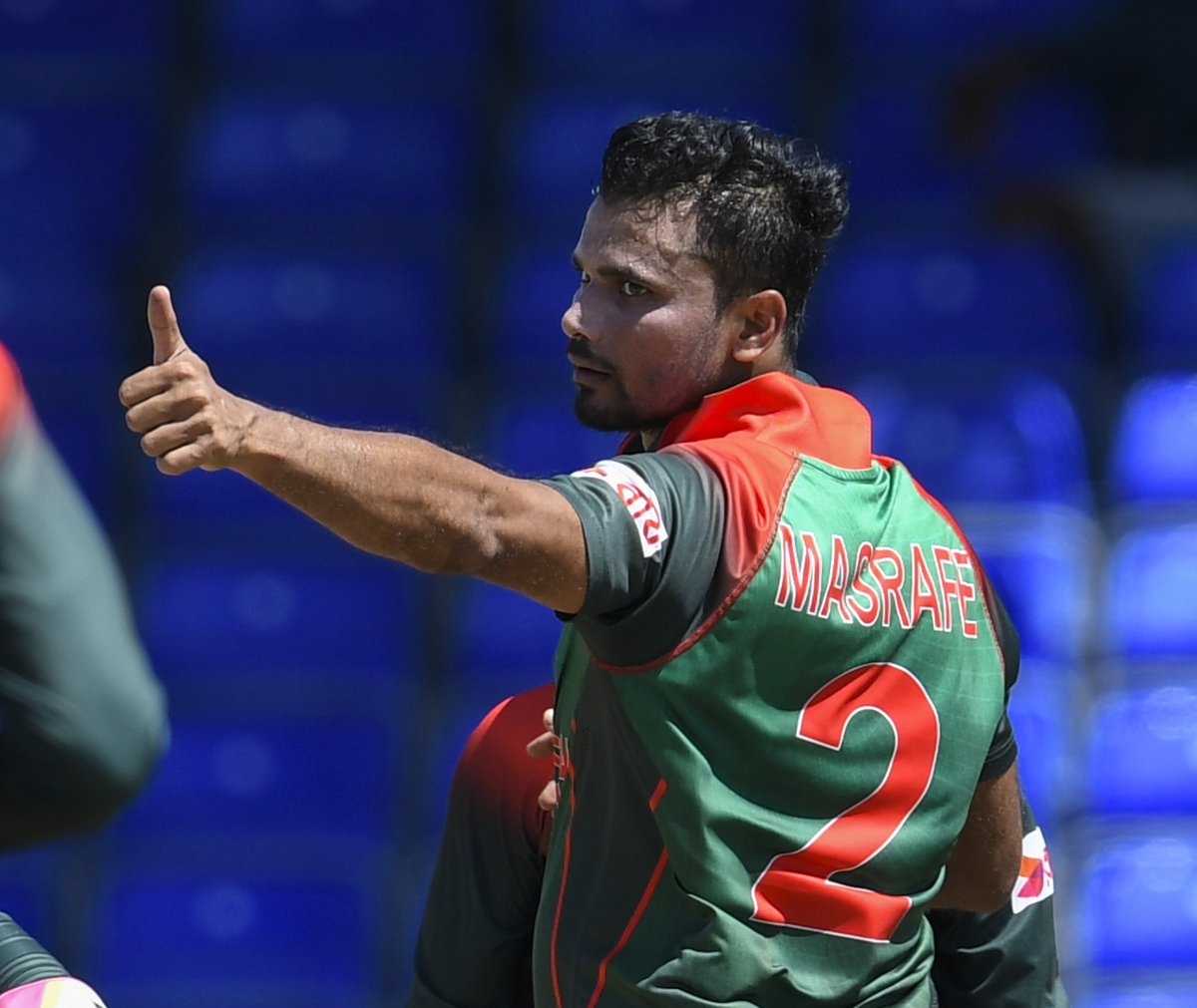 But not before that in the middle overs, skipper Mashrafe Mortaza hammered an impressive 36 off 25 deliveries and ace all rounder Shakib Al Hasan chipped in with a useful 37 off 44-balls.

In reply, West Indies struggled to get off to flying start as both Mashrafe Mortaza and Mehedi Miraj bowled immaculate line and length to keep the rival batsmen at bay.

Mashrafe Mortaza’s bowling was as usual brilliant, Mustafizur Rahman bowled extraordinary in his first spell but was clobbered in his second spell in the closing moments of the match.

Rubel today was very impressive, so were Mehedi Miraj and Shakib as both them played very important part while bowling with tight line and length restricting West Indies from reaching their goal.

Bangladesh looked like was heading for a comfortable win after Chris Gayle 73, Shai Hope with 64 run were dismissed.

But Powell played a blinder of a knock for West Indies as he hammered a scintillating 41-ball 74-runs and almost was on verge of taking the victory from the Bangladesh from the jaw of defeat.

Tamim Iqbal was declared as man of the match and man of the series for his two centuries and a half century in the series.