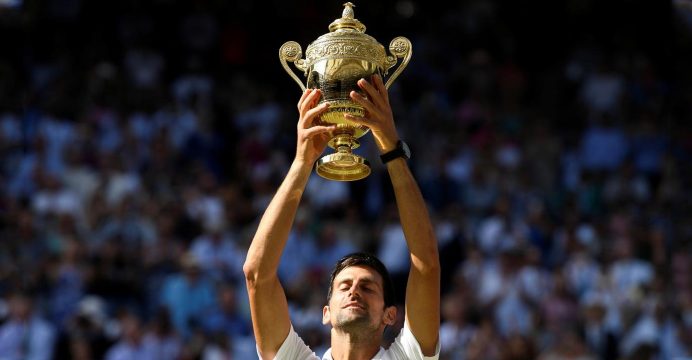 Novak Djokovic proved conclusively he remains one of the biggest beasts in men’s tennis by outplaying South African giant Kevin Anderson to claim a fourth Wimbledon title on Sunday.

The 31-year-old put two years of turmoil behind him to beat a battle-weary Anderson 6-2 6-2 7-6(3) on a sweltering Center Court and add a 13th Grand Slam trophy to his bulging cabinet.

It was clear what it meant to the Serb as he ended a two-year Grand Slam title drought by getting his hands back on the trophy he also raised in 2011, 2014 and 2015.

“I had any moments of doubt and didn’t know if I could compete,” Djokovic, who retired in the quarter-final last year with an elbow injury that required surgery this year, said on court. 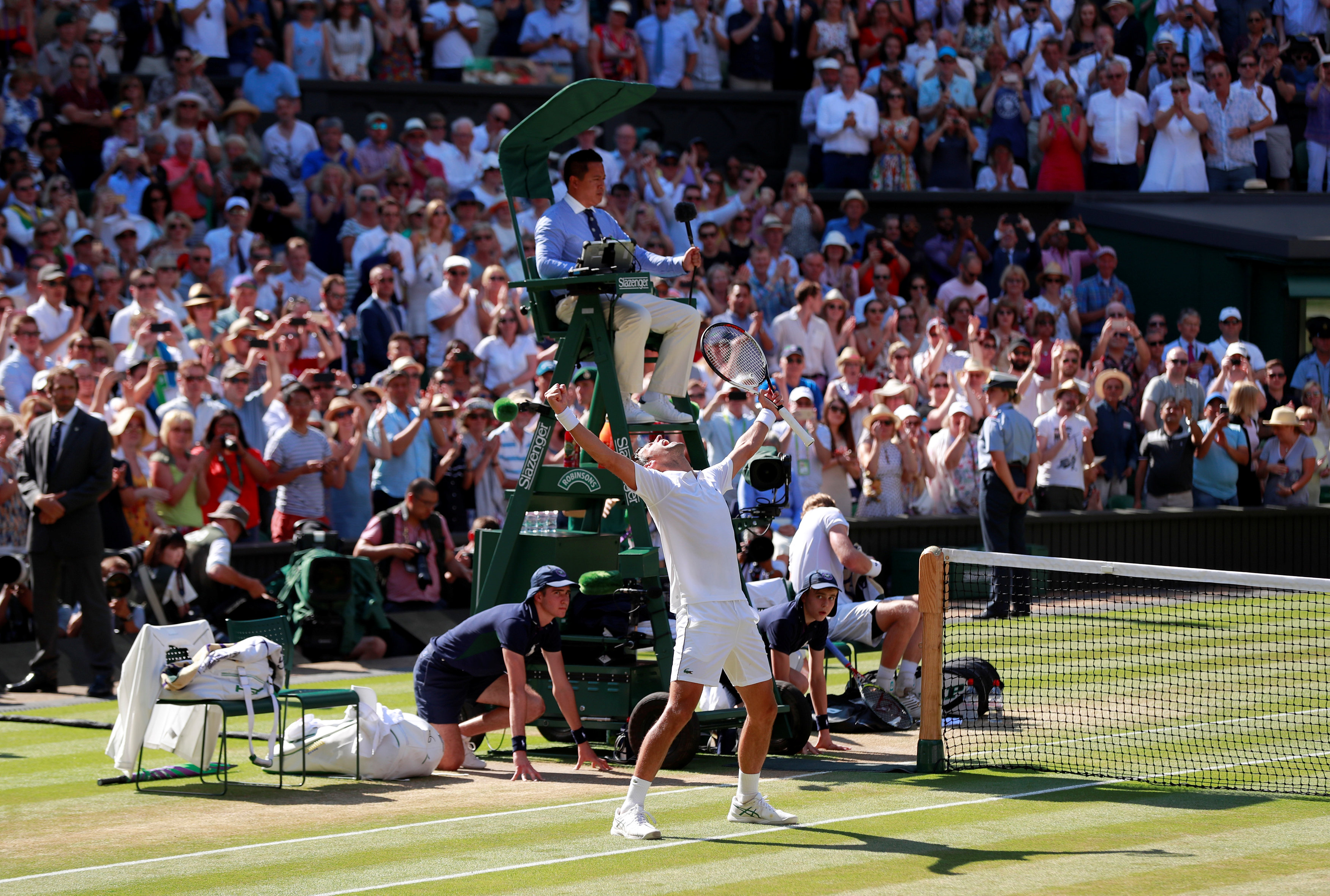 “It’s my first Grand Slam final in a couple of years and this is the best place to come back. It’s very, very special.”

Even more so because his young son Stefan watched as he was handed the trophy — although he was not old enough to be allowed to sit through the two hour 19 minute final.

“I was visualizing, imagining this moment of him coming to the stands, cherishing this moment with my wife and me and everyone. It’s hard to describe,” Djokovic said.

A first Wimbledon men’s final in the professional era featuring two players aged 30 or over was no classic.

The last drops of drama had been used up in the two longest men’s semi-finals ever played at the All England Club. But Djokovic did not care about that.

Having dropped to his lowest ranking since 2006 and without a title of any description this year — the world number 21 entered Wimbledon in the unusual position of being an outsider.