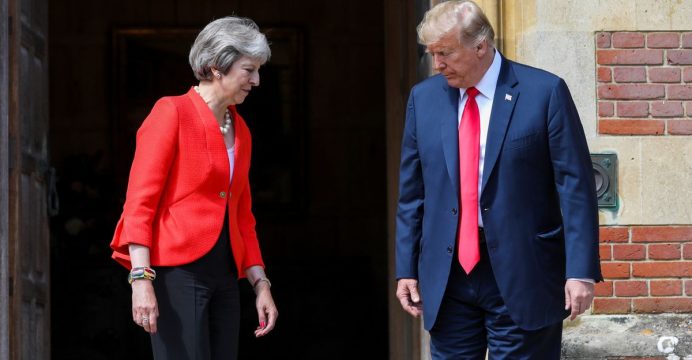 President Donald Trump said on Friday the United States and Britain could secure a “great” post-Brexit trade deal, lavishing praise on Prime Minister Theresa May and contradicting his own withering assessment of her strategy publicized hours earlier.

Fresh from sending NATO into crisis talks and ahead of a summit with Kremlin chief Vladimir Putin, Trump shocked Britain’s political establishment when he criticized May’s plans for ties with the European Union after Britain leaves in March.

In a newspaper interview published just hours before holding talks with May, Trump said her Brexit strategy would “kill” any chance of a trade deal and said she had not listened to his advice on how to negotiate with the EU. 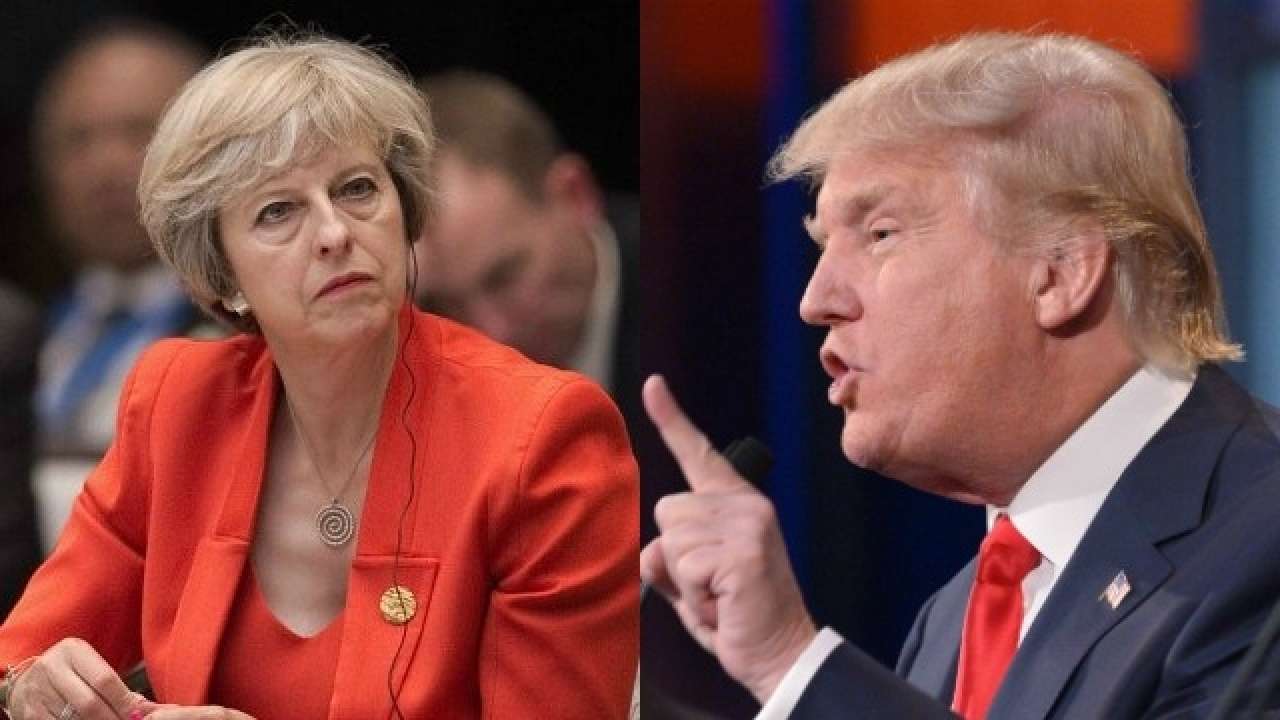 But, as the two leaders stood together for a press conference in the garden of May’s grand 16th-Century official residence Chequers, Trump said the British leader was doing a “fantastic job”, added it was up to her how to conduct Brexit, and that a free trade deal was very much on the table.

Relations had never been more special, he said, and any criticism was “fake news”.

“Once the Brexit process is concluded and perhaps the UK has left the EU, I don’t know what they’re going to do but whatever you do is OK with me, that’s your decision,” Trump said.

“Whatever you do is OK with us, just make sure we can trade together, that’s all that matters. The United States looks forward to finalizing a great bilateral trade agreement with the United Kingdom. This is an incredible opportunity for our two countries and we will seize it fully.”

At the same location a week ago, May finally won agreement for her Brexit plans from her cabinet after two years of tortuous internal wrangling. But within days, two senior ministers had quit, departures which Trump said earlier in the week had left Britain in turmoil.

Some lawmakers in her deeply divided Conservative Party have cast May’s “business-friendly” Brexit plan as a betrayal that would leave Britain too close to the EU and warned that she might face a leadership challenge.

May’s formal proposals were published on Thursday, but hours later the Sun published an interview with Trump where he appeared to side with the prime minister’s critics.

“If they do a deal like that, we would be dealing with the European Union instead of dealing with the UK, so it will probably kill the deal,” he told the Sun. “I would have done it much differently. I actually told Theresa May how to do it, but she didn’t listen to me.”

Asked about that interview, Trump said he had not criticized May, lavishing praise on “a terrific woman”, who was smart, tough and capable.

“This incredible woman right here is doing a fantastic job, a great job,” he said. “She’s a total professional because when I saw her this morning, I said: ‘I want to apologize, because I said such good things about you’. She said: ‘Don’t worry, it’s only the press’.”