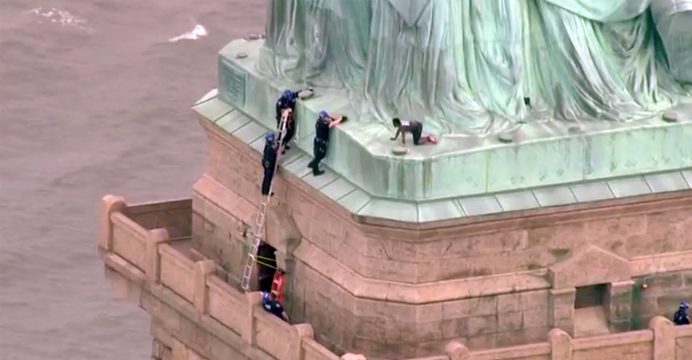 Activists arrested at statue of Liberty after protesting

A woman arrested after scaling lower parts of the Statue of Liberty in a dramatic July 4th protest is a native of the Democratic Republic of the Congo who has been active in the resistance movement against Trump administration immigration policies, according to media reports. A federal official identified her as Therese Okoumou.

Activists in two separate protests against the Trump administration’s immigration policies were arrested at the Statue of Liberty on Wednesday — one group unfurling a banner calling for the abolition of U.S. Immigration and Customs Enforcement, while in another act of defiance, a woman climbed the statue’s base to protest immigrant family separations. 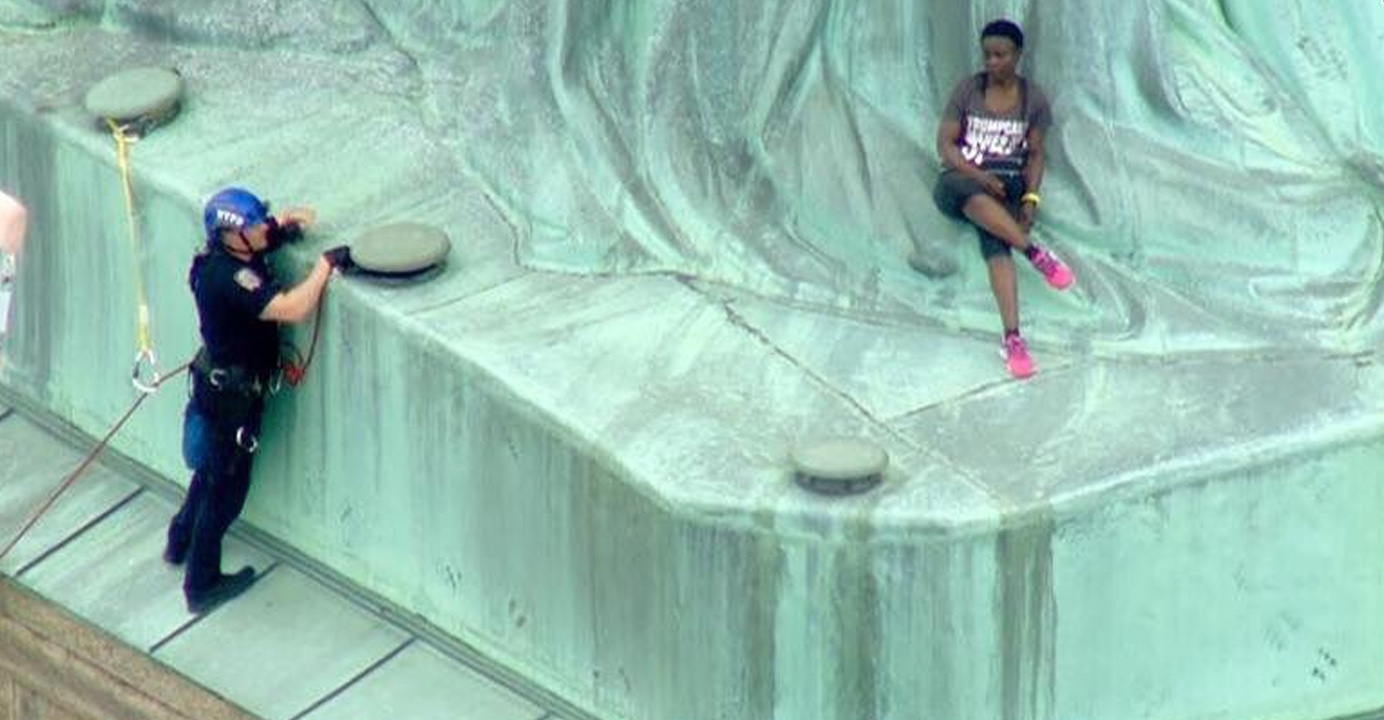 Authorities evacuated thousands of visitors from Liberty Island, where the statue stands, after a woman climbed to the statue’s base around 3 p.m. and remained for several hours before police took her into custody.

About 4,500 tourists were forced off the island when officials closed it, according to The New York Times, which said more than 20,000 tourists visit the Statue of Liberty every Fourth of July.