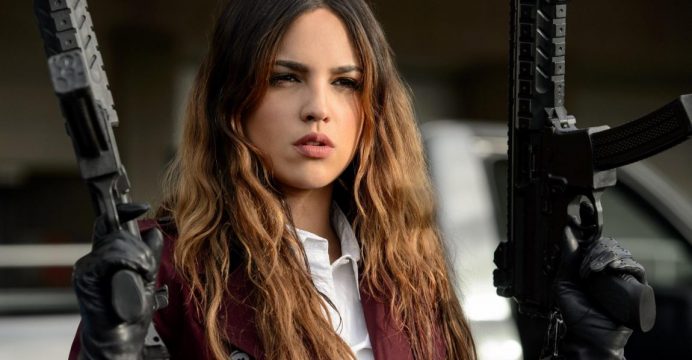 Mexican actress and singer Eiza González may have given followers a sneak peek of Josh Duhamel’s naked body on Monday when she posted a video of herself wearing a gray bikini.

According to cosmopolitan, Duhamel and new-ish girlfriend Eiza González, 28, have been loving it up in Mexico the past few days and González decided to post a bikini video, as one does. Turns out, she accidentally captured a naked Duhamel, 45, in the background and fans freaked out.

While González was busy showing off her hot shaped body in the mirror of their hotel room, Duhamel was spotted pulling down his pants and turning towards the camera, but a pot stopped a full reveal for the internet.

Eiza deleted and reposted a cropped version of this video, but as People points out—you could see a dude who appeared to be Josh in a corner reflection of the original.