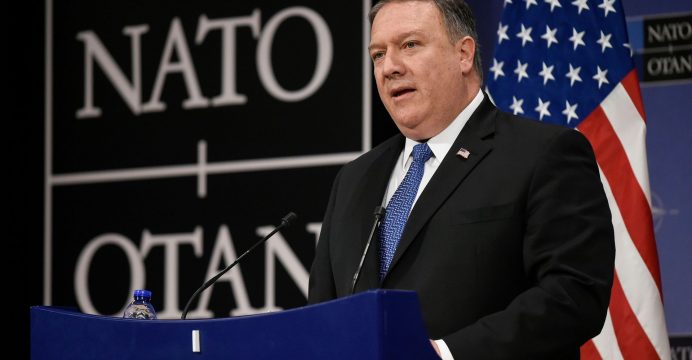 U.S. Secretary of State Mike Pompeo on Saturday warned Iran not to pursue nuclear weapons, saying it would face the “wrath of the entire world” if it did so, but added that he hoped it would never be necessary for the United States to take military action against the country.

In an interview with political columnist Hugh Hewitt conducted on Friday and broadcast the following day on MSNBC, Pompeo said that whatever the fate of the international nuclear deal with Iran, it would not be in Tehran’s interest to seek nuclear arms.

“I hope they understand that if they begin to ramp up their nuclear program, the wrath of the entire world will fall upon them,” he said.

“Wholly separate from if they spin a couple of extra centrifuges, if they began to move to a weapons program, this is something the entire world would find unacceptable and we’d end up down a path that I don’t think is in the best interests of Iran,” Pompeo said.

He said, however, he was not talking about a U.S. military response.

Pressed on whether the United States would do whatever it had to do to prevent Iran from acquiring nuclear weapons, Pompeo said: “President Trump has been unambiguous in his statements that say Iran will not be able to obtain a nuclear weapon.”a