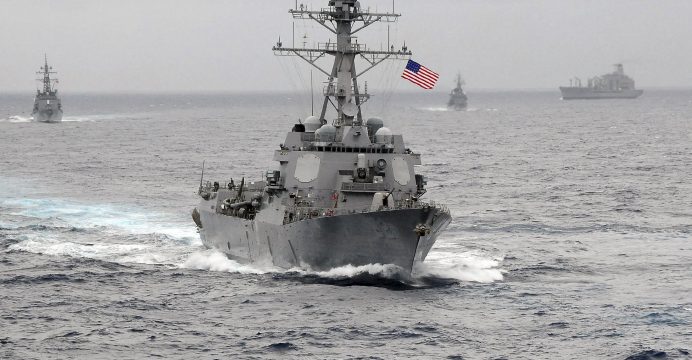 The United States is considering intensified naval patrols in the South China Sea in a bid to challenge China’s growing militarization of the waterway, actions that could further raise the stakes in one of the world’s most volatile areas.

The officials declined to say how close they were to finalizing a decision. 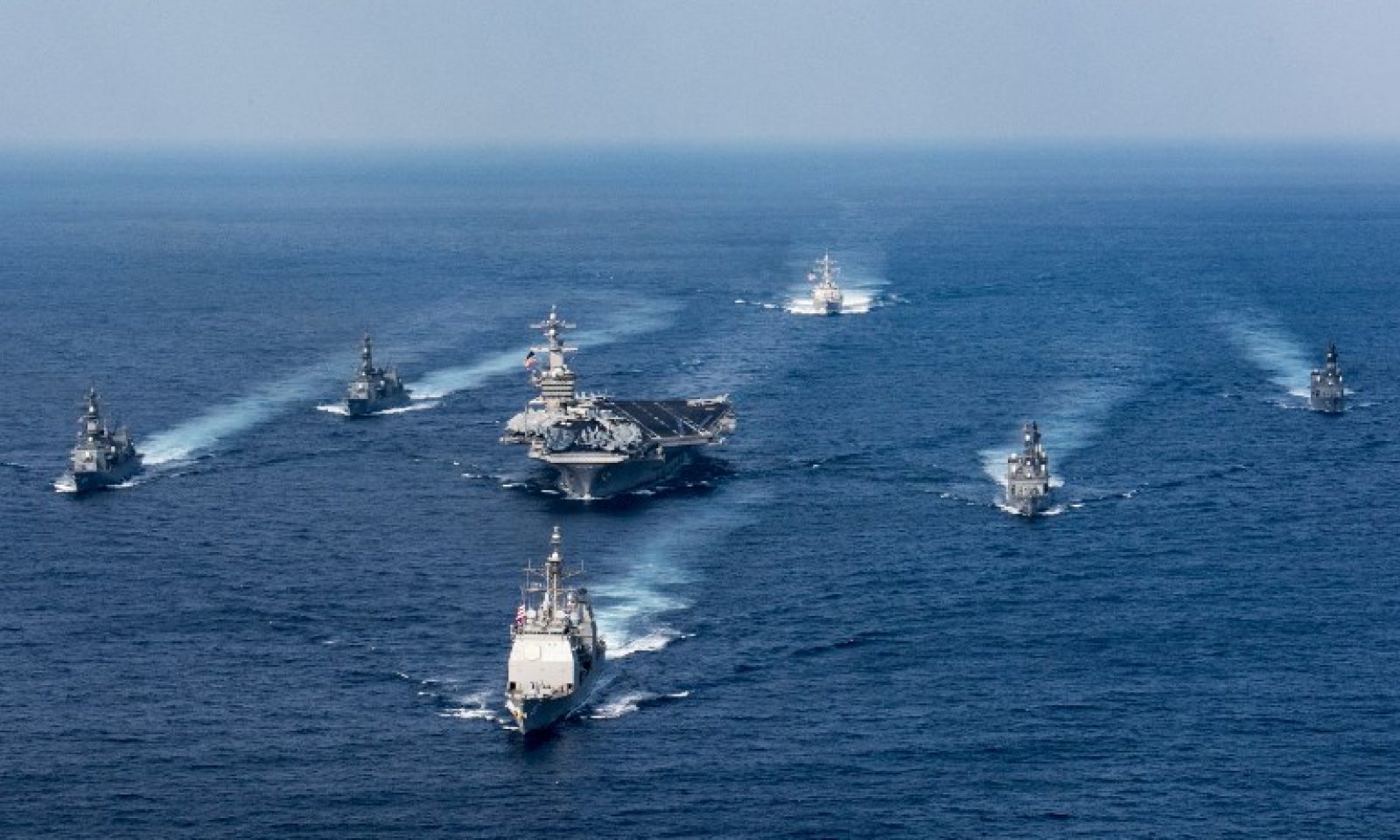 Such moves could involve longer patrols, ones involving larger numbers of ships or operations involving closer surveillance of Chinese facilities in the area, which now include electronic jamming equipment and advanced military radars.

U.S. officials are also pushing international allies and partners to increase their own naval deployments through the vital trade route as China strengthens its military capabilities on both the Paracel and Spratly islands, the diplomats said, even if they stopped short of directly challenging Chinese holdings.

“What we have seen in the last few weeks is just the start, significantly more is being planned,” said one Western diplomat, referring to a freedom of navigation patrol late last month that used two U.S. ships for the first time.

“There is a real sense more needs to be done.”

The Pentagon does not comment on future operations but a spokesman, Lieutenant Colonel Christopher Logan, said “we will continue to work with our friends, partners, and allies to ensure a free and open Indo-Pacific”.

While the operation had been planned months in advance, and similar operations have become routine, it is believed to be the first time where two U.S. warships have been used for a freedom of navigation operation in the South China Sea.

The Pentagon also withdrew an invitation for Chinese forces to join large multi-country exercises off Hawaii later in the year.

Critics have said the patrols have little impact on Chinese behavior and mask the lack of a broader strategy to deal with China’s growing dominance of the area.

U.S. Defence Secretary Jim Mattis warned in Singapore on Saturday that China’s militarization of the South China Sea was now a “reality” but that Beijing would face unspecified consequences.

Questioned during the Shangri-La Dialogue security conference over whether it was too late to stop China, Mattis said: “Eventually these (actions) do not pay off.”

Last month, China’s air force landed bombers on Woody Island in the disputed Paracel archipelago as part of a training exercise, triggering concern from Vietnam and the Philippines.

Speaking on the sidelines of the Singapore conference, He Lei, of the PLA’s Academy of Military Sciences, said China had every right to continue to militarize its South China Sea holdings.

“It is China’s sovereign and legal right for China to place our army and military weapons there. We see any other country that tries to make noise about this as interfering in our internal affairs,” He said.

Regional military attaches say they are now bracing for China’s next moves, which some fear could be the first deployment of jet fighters to the Spratlys or an attempt to enforce an Air Defence Identification Zone (ADIZ) similar to one Beijing created off its eastern coast in 2013.

Vietnamese military officers say they are particularly concerned by the prospect of an ADIZ, saying it could threaten the integrity of Vietnamese airspace.

Lieutenant General Nguyen Duc Hai, head of the Vietnamese military’s Institute of Strategic Studies, said that while Vietnam had long sought peaceful settlements to disputes, “all options are on the table from our side to safeguard our sovereignty and territory.”

“The ADIZ establishment is one option we have thought of and also have plans to deal with.”

Vietnam is the most active challengers to China’s sweeping claims to much of the South China Sea, with Hanoi claiming the Paracels and the Spratlys in their entirety.

Singapore-based security expert Tim Huxley said while increased pressure might slow China’s militarization efforts, they would be difficult to stop.

“China has created a new reality down there, and it is not going to be rolled back,” Huxley told Reuters.

“They are not doing this to poke America or their neighbors in the eye but they are almost certainly doing this to serve their long-term strategic objectives, whether that is projecting their military power or securing energy supplies.”