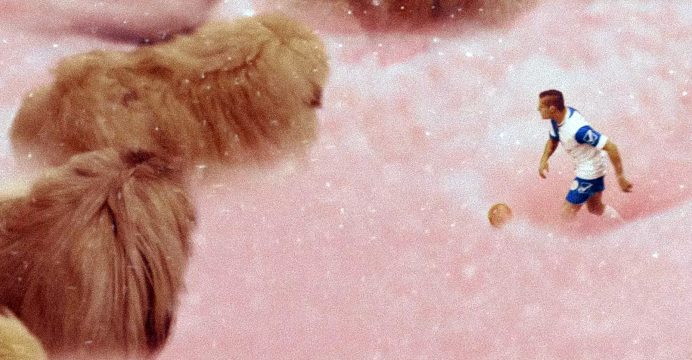 A wacky comedy that features a superstar footballer bearing a striking resemblance to Cristiano Ronaldo has won the best film prize in the Critics’ Week section at Cannes.

“Diamantino” follows a preening Portuguese hero whose life falls apart when he misses a penalty in a World Cup final.

Critics at the world’s top film festival had cheered the debut feature by Portuguese-American duo Gabriel Abrantes and Daniel Schmidt, which has subplots about the Panama Papers and gay adoption.

A hilarious cross between John Waters, Pedro Almodovar and Monty Python films, the Ronaldo character is tormented by images of gigantic pink Pekingese lapdogs as he bears down on goal.

Critics’ Week, where directors’ first and second film are screened, is one of the three main selections at Cannes.

The movies chosen this year were seen as particularly strong.

The movie, about an middle-aged choir director who sabotages the island’s electricity network to save its pristine highlands, has been called the most feminist film at the festival even though it was written by men.

Cannes’ top prize, the Palme d’Or, will be announced on Saturday.