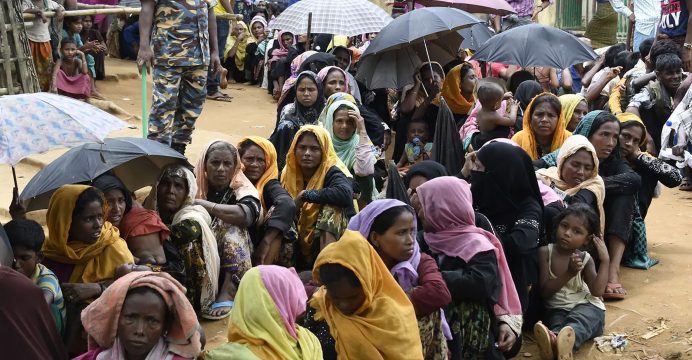 Japan has highly praised Bangladesh’s efforts and generous support in hosting Rohingyas from Myanmar, and both the countries have agreed on the importance of their safe and dignified return at the earliest possible time.

The issue came up for discussion during a bilateral meeting between Foreign Minister AH Mahmood Ali and his Japanese counterpart Taro Kono in Tokyo today, a foreign ministry press release said here tonight.

Japan will support Bangladesh to promote mutual bilateral interests as well to realise the development goals of Bangladesh, said the Japanese Foreign Minister.

AH Mahmood Ali is now on a three-day official visit to Japan at the invitation of his Japanese counterpart.

He informed the foreign minister that JICA’s development assistance will continue to realise the development goals of Bangladesh.