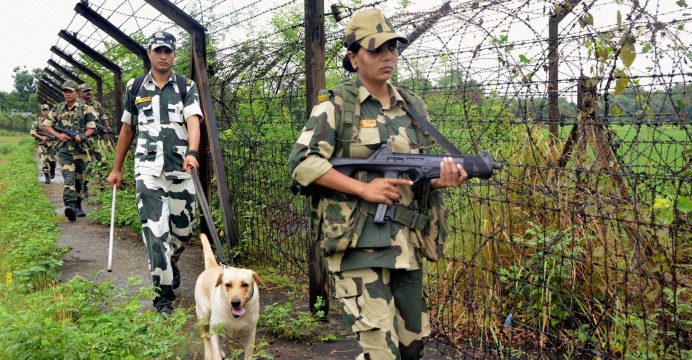 A Bangladeshi young man was shot by the Indian Border Security Force (BSF) near Kondal Border Camp in Haripur upazila in Thakurgaon on Sunday.

The injured is Md Rezwan, 27, son of Solaiman Ali of Daoga village in the same upazila, along the border.

Rezwan along with a group of cattle-traders numbering 3/4 entered Indian territory at the place near 360/01 no. Border Pillar for smuggling cows around 3:00pm.

Rezwan was admitted to a Dinajpur clinic.