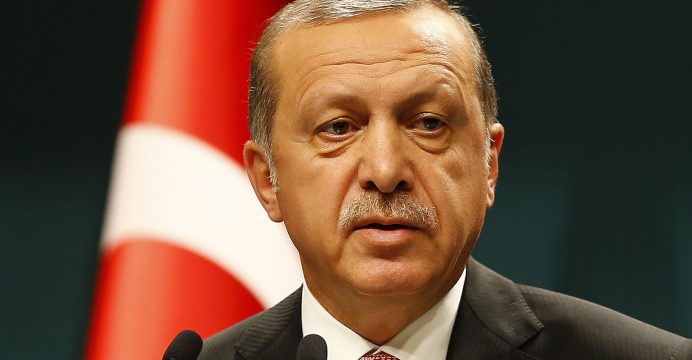 Turkey to get worst EU scorecard so far, officials say

Turkey will on Tuesday receive the European Commission’s most critical report since it launched its bid to join the European Union over a decade ago, with Brussels warning that years of progress towards membership were being lost, officials said on Saturday.

With the exception of cooperation on Syrian refugees, Turkey and the European Union are drifting apart on human rights, press and judicial freedoms and the rule of law, the Commission, the EU executive, will say, according to two officials who declined to be named.

The Commission on Tuesday publishes its annual report in Strasbourg to assess how far Turkey and other countries aspiring to EU membership have progressed in bringing their rules into line with EU standards and values.

Excerpts of the EU report, first published by Germany’s Welt am Sonntag and confirmed to Reuters by EU officials, showed the Commission concluded there was no basis for opening negotiations on new aspects of EU membership, meaning the process remained frozen.
“There is massive backsliding away from the European Union,” one EU official involved in the report told Reuters.

Warning of huge reverses on so-called fundamental freedoms such as the right to a fair trial and free speech, the report is set to continue the harsher tone the Commission adopted in its 2014 report, when it first raised concerns about the independence of Turkish judges.

Turkey, a member of the NATO Western military alliance, began talks to join the EU in 2005, 18 years after applying.

While a series of issues, notably Cyprus and resistance to Turkish membership in Germany and France, slowed negotiations, President Tayyip Erdogan’s purge of police, judges, teachers and other officials since a coup attempt in 2016 has worsened Turkey’s prospects dramatically, EU officials say.