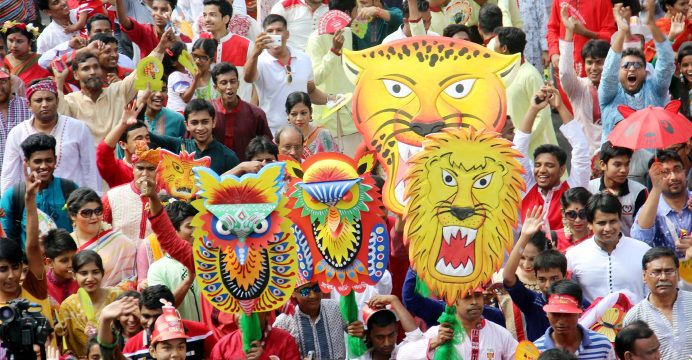 The nation today is celebrating Pahela Baishakh, the first day of Bengali New Year 1425, upholding the rich cultural values and rituals of the Bangalis to find out their root and march forward to build a prosperous Bangladesh.

Pahela Baishakh is one of the most colourful festivals of the country through which the Bangalis bid farewell to the old year and welcome the new year.

On this occasion, people from all walks of life wear traditional dresses. Young women wear white sarees with red borders and adorn themselves with bangles, flowers, and tips, while men wear white pyjamas and panjabi or kurta.

The programmes of the day began in the city with the musical soiree at Ramna Batamul at dawn by Chhayanat, a leading cultural organisation of the country. 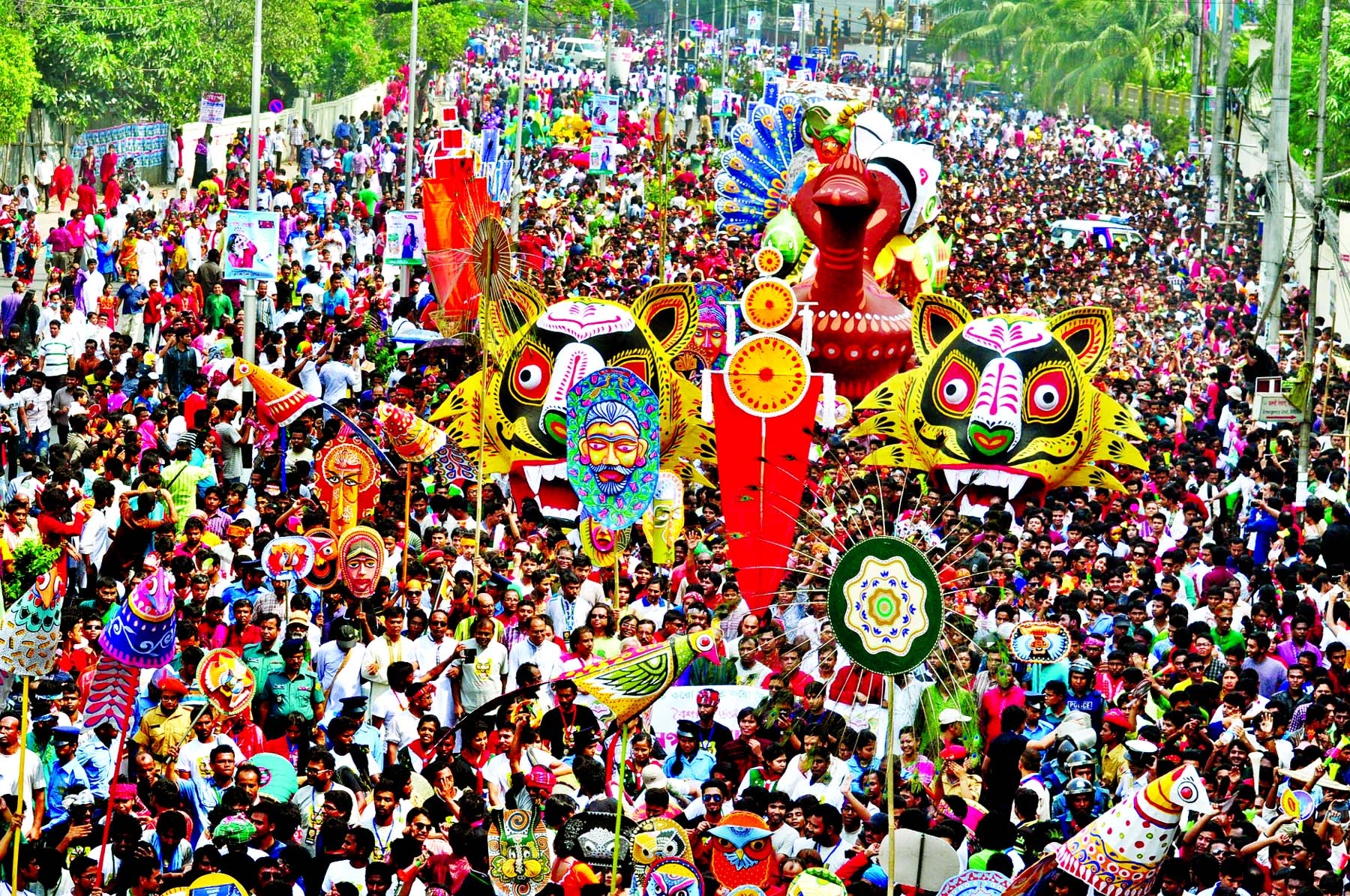 Mongol Shovajatra, the major attraction of the Bangla New Year celebration, began at nine in the morning from the Dhaka University campus and paraded through different areas of the capital city. The main theme of this year flagship parade for Baishakh is to promote the ideology of being a good human being by respecting others.

Besides Dhaka, the traditional Mongol Shovajatra, which already got UNESCO recognition as world heritage, were brought out at divisional, district and upazila levels to reach the traditional programme to the grassroots as it earned the international recognition.