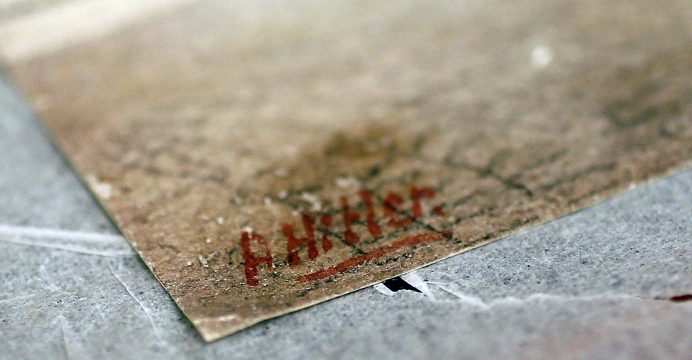 Hitler’s portrait of a lover to go up for auction

An oil portrait believed to have been painted by Nazi dictator Adolf Hitler of a little-known former lover will go under the hammer next week with an asking price of 60,000 euros ($74,000), a German auction house said on Thursday.

The 63 x 48 cm painting, signed A. Hitler, 1916, depicts Charlotte Lobjoie, a Frenchwoman whom Hitler met while serving in France during World War One, according to Werner Maser, a leading Hitler scholar who died in 2007.

“Portrait of a Girl” – a damaged work painted on hessian – was purchased by Flemish industrialists around 1967, auction house Weidler in Nuremberg said in a statement.

It said it had documents showing it had been exhibited at art galleries in Japan.

The painting in what appears to be a rural setting depicts a young woman with a red scarf loosely on her head that casts a heavy shadow over her face, and holding a pitchfork. 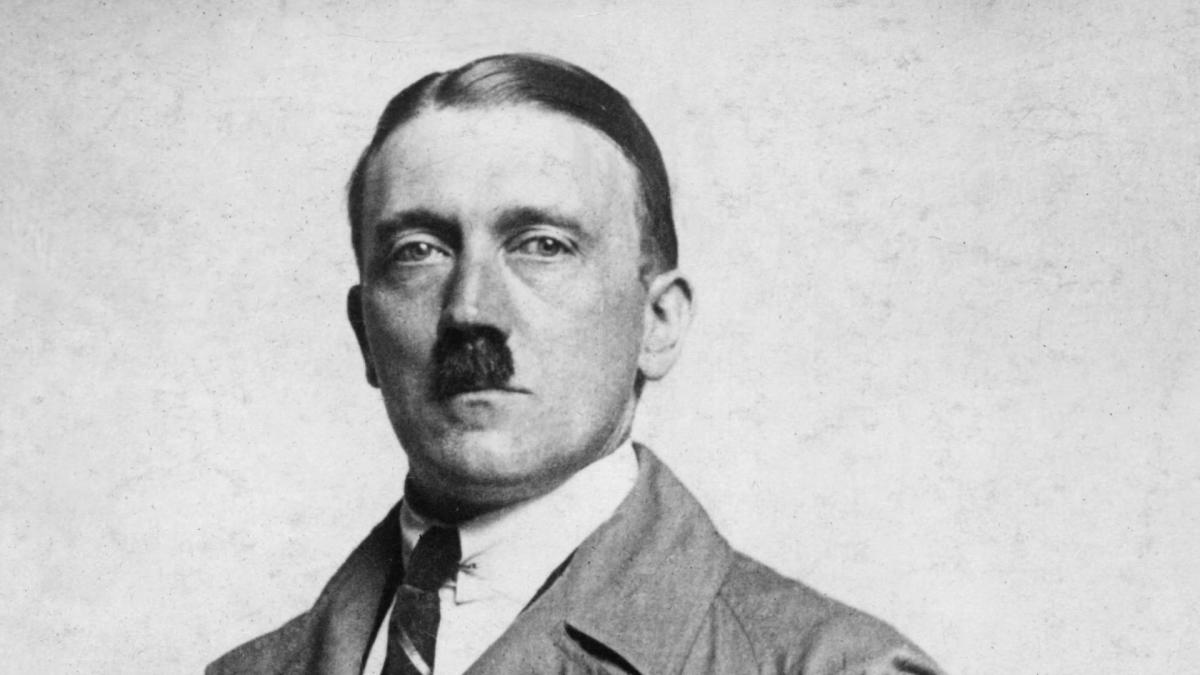 She is wearing a light-colored shirt, open from the neck down, exposing part of her breasts.

Maser, who was referred to by Weidler in its statement, wrote several books about Hitler, providing insight into the mind of the Nazi leader through a close look at his drawings, letters and notes.

Hitler painted for a living in the 1920s before rising to power and leading Germany into World War Two. With Soviet troops closing in on his headquarters in Berlin, he committed suicide in April 1945, along with his mistress Eva Braun whom he married shortly before.

In 2015 Weidler sold a watercolor of Neuschwanstein Castle in Bavaria that was also signed A. Hitler and believed to be the work of the former Nazi leader at an auction that fetched 100,000 euros.