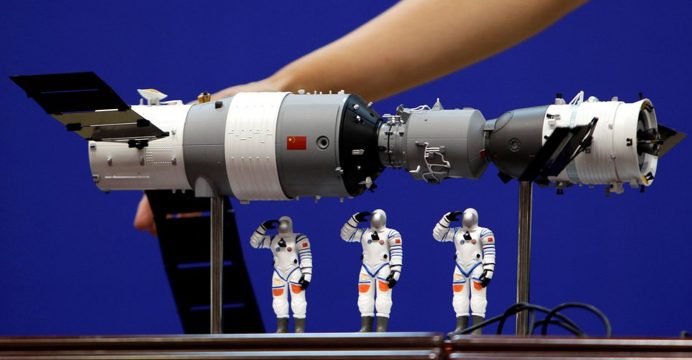 Defunct Chinese space lab plunges back to Earth over Pacific

A defunct Chinese space lab plunged through Earth’s atmosphere Monday, breaking apart as it headed towards a watery grave in the South Pacific, Beijing said.

The Tiangong-1 “mostly” burnt up above the vast ocean’s central region at 8:15 am (0015 GMT), China’s Manned Space Engineering Office said, moments after predicting a slightly later re-entry over the Atlantic.

Space officials had stressed that the craft would not cause any earthly damage when it returned, with Chinese space officials saying its disintegration will offer a “splendid” show akin to a meteor shower.

Space officials had warned that knowing the exact location of the re-entry would not be possible until shortly before it happened, and China’s space agency had predicted it would be off Sao Paulo just moments before the Tiangong-1 made its actual return.

The European Space Agency had indicated earlier that the Tiangong-1 was likely to break up over water, which covers most of the planet’s surface. 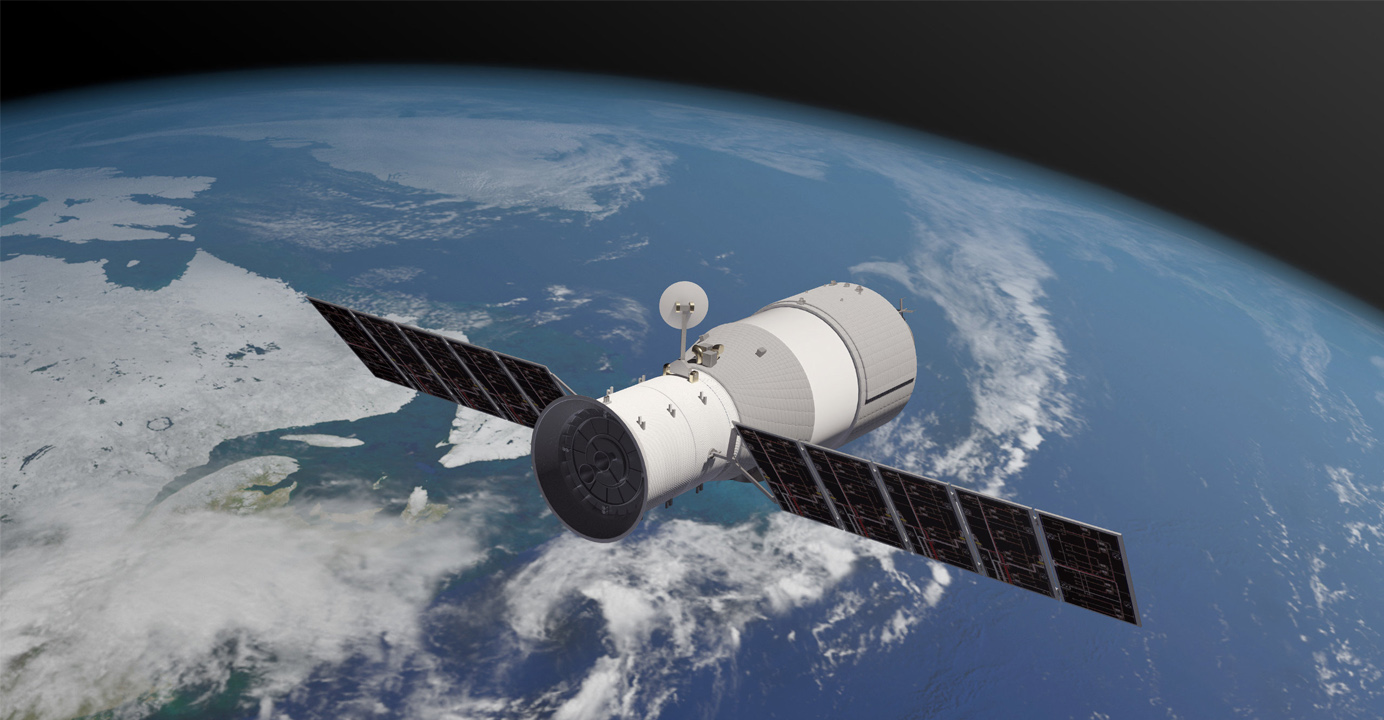 It described the probability of someone being hit by a piece of debris from Tiangong-1 as “10 million times smaller than the yearly chance of being hit by lightning”.

Tiangong-1 — or “Heavenly Palace” — was placed in orbit in September 2011, an important step in China’s efforts towards building its own space station.

The module — which was used to practise complicated manual and automatic docking techniques — was originally intended to be used for just two years, but ended up serving considerably longer.

During its brief lifespan, it hosted Chinese astronauts on several occasions as they performed experiments and even taught a class that was broadcast into schools across the country.