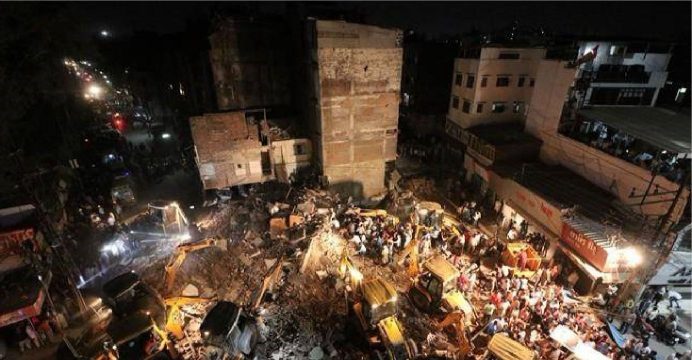 Nine people died when a four-storied hotel collapsed on late Saturday in Indore, a city in India’s central state of Madhya Pradesh.

Ten people were rescued and rushed to hospitals, while more people were feared trapped under the debris of the hotel, the report said. The identities of the deceased are not yet known, reports BSS.

Fire tenders and state disaster management rapid action force have been deployed in the rescue operation. Local police said the cause of the mishap was yet to be ascertained.