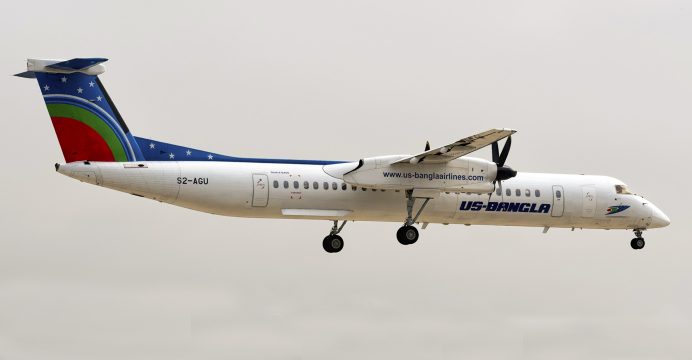 “We have decided to suspend our flight operation to Nepal temporarily due to shortage of aircraft,” General Manager (Marketing support and Public Relation) Kamrul Islam of the airlines told BSS.

The US-Bangla Airlines flight BS211 crashed and burst into flames while landing at Kathmandu with 71 people onboard including four crews, – 36 from Bangladesh, 33 from Nepal and one each from China and the Maldives- on Monday. Kamrul said 26 people out 36 Bangladeshis, including the pilot, first officer and two cabin crews, were killed in the crash and rest of the 10 injured passengers are admitted to different hospitals in Kathmandu.

He said the airlines are planning to send critically injured passengers to Singapore and Thailand for better treatment.

A seven-member US-Bangla Airlines team along with relatives of the victims is now in Kathmandu and giving all kinds of assistance for bring back the bodies, he added.

This article has been posted by a News Hour Correspondent. For queries, please contact through in[email protected]
No Comments