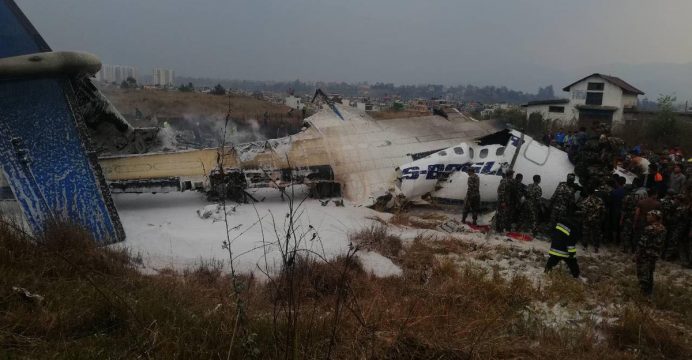 At least 50 people died after a US-Bangla Airlines aircraft flying from Dhaka to Kathmandu crashed while landing at Tribhuvan International Airport on Monday, according to a report. 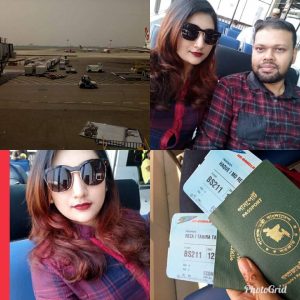 A US-Bangla Airlines flight from Dhaka has crashed at Kathmandu’s Tribhuvan International Airport. he people on board the plane included over 32 Bangladeshis and 33 Nepali nationals, a US-Bangla spokesman told the media in Dhaka.

“We have just received word that a flight from Dhaka to Kathmandu has had an accident,” said US-Bangla Airlines spokesman Kamrul Islam said. “We will release more details as we receive them.

Nepal Tourism Ministry Joint Secretary Suresh Acharya said 17 injured passengers have been rescued and sent to different hospitals for treatment, according to The Kathmandu Post.

According to media reports the plane was carrying 67 passengers and four crew members.