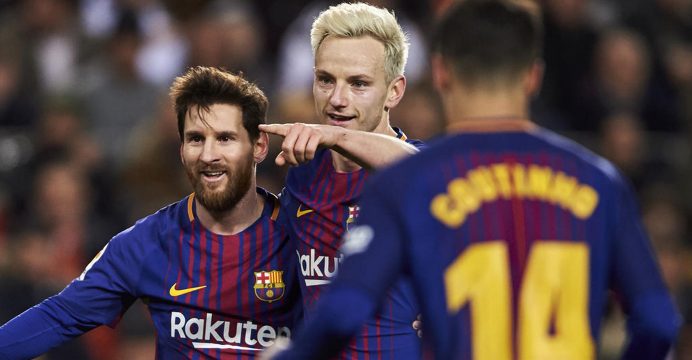 Before their Champions League clash with Chelsea in London, Lionel Messi and Barcelona put their unbeaten record in La Liga on the line against Eibar in the rather less glamorous surrounds of Ipurua on Saturday.

The modest 7,000-seat ground in the Basque Country welcomes a Barca side who have laboured to draws against Espanyol and Getafe in their last two outings.

Those results have allowed Atletico Madrid to cut Ernesto Valverde’s side’s lead at the top of the table to seven points, with the clubs due to meet at the Camp Nou early next month.

Barca’s advantage is still significant, and they have no major injury worries, but the danger is that the return of the Champions League is a distraction for them.

“We will need to proceed with caution because a bad result can mean that you suddenly go from having a very good year to not such a good one,” Gerard Pique warned this week at a sponsor’s event, where the talk was of Chelsea rather than Eibar. 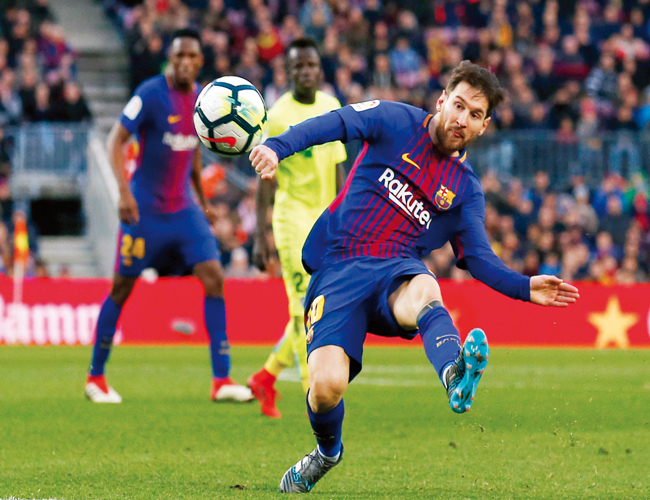 The Basque side, though, have lost just once — a narrow 1-0 defeat to Atletico — since the start of December, and are in contention to qualify for Europe.

“We have been playing well for the last two months and getting good results, but we know what we have in front of us on Saturday,” warned their coach Jose Luis Mendilibar, once a colleague of Valverde’s in their playing days.

Atletico host Athletic Bilbao on Sunday and will be hoping to have Diego Costa back after the striker sat out the Europa League trip to Copenhagen.

Zinedine Zidane’s side are still fourth in the table behind Valencia — who go to Malaga — but they have taken 10 points from the last 12 available in the league.

“We have gone through a difficult phase, but in the last few weeks we have raised our game,” Toni Kroos told German media after the PSG clash. “I am confident that we have a lot of success ahead of us.”

Real are 17 points adrift of Barcelona, but they do have a game in hand to come at Leganes next midweek.

Sevilla, meanwhile, are in Gran Canaria to face Las Palmas, where they will again be without Ever Banega.

Coach Vincenzo Montella will be hoping the Argentine playmaker can return for next week’s Champions League clash with Manchester United.