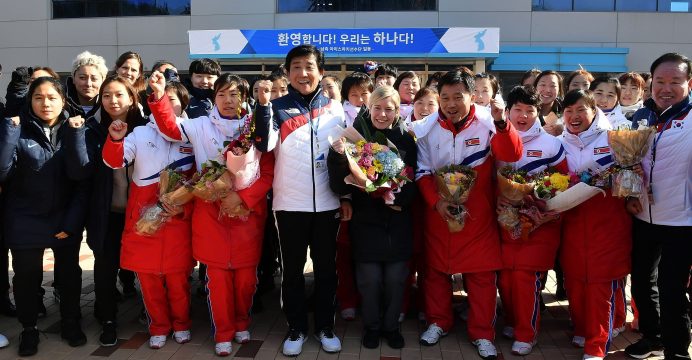 North Korea’s ceremonial leader and U.S. Vice President Mike Pence may have their first face-to-face encounter on Friday at the opening ceremony of the Pyeongchang Winter Olympics, with Washington gearing up for more sanctions against the North.

Any contact between the two is expected to be tense after Pence said South Korean President Moon Jae-in supported additional sanctions the United States was planning to impose on Pyongyang over its missile and nuclear programs. 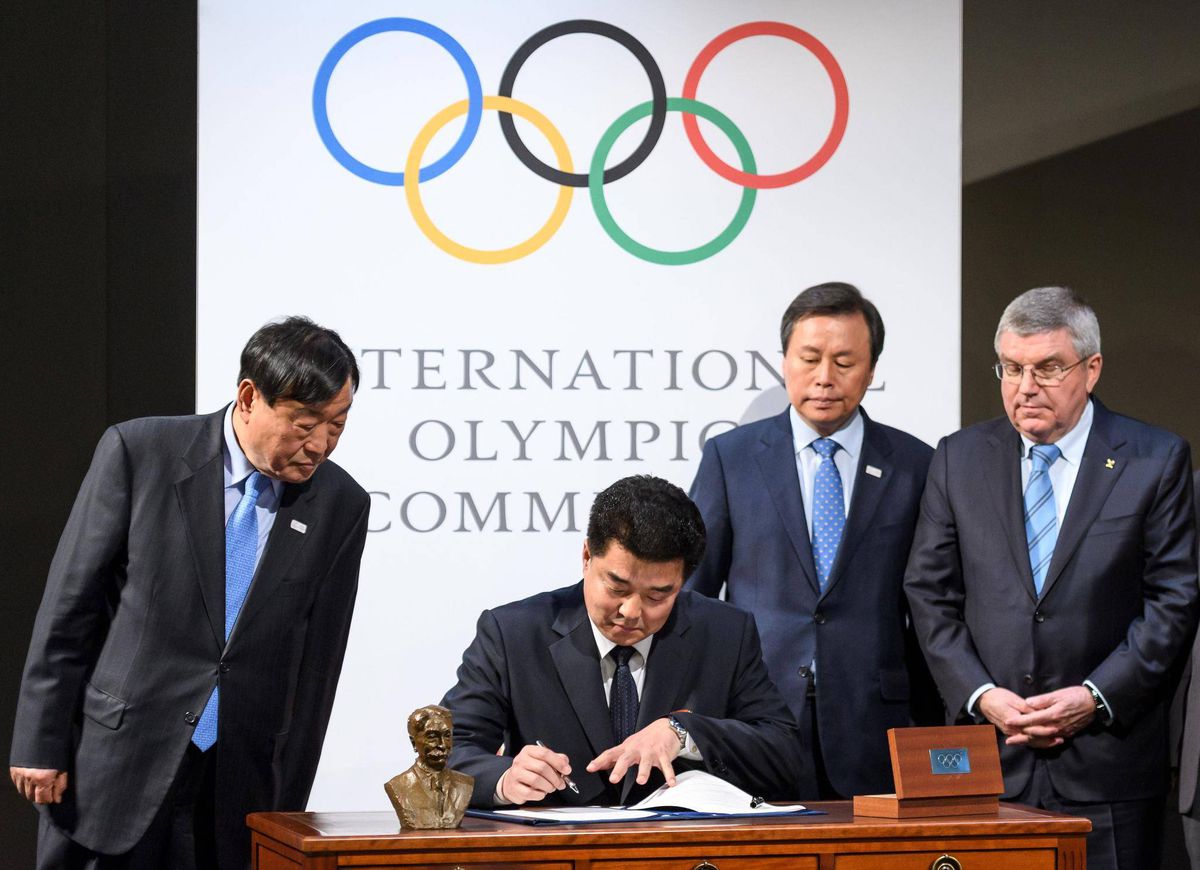 “President Moon reaffirmed to me his strong support of our extreme pressure campaign to continue to bring additional sanctions on North Korea,” Pence told reporters.

He spoke after paying tribute at a memorial for 46 South Korean sailors killed in the sinking of a warship in 2010 that Seoul blamed on a North Korean torpedo attack.

Pence arrived in South Korea on Thursday and had talks and dinner with Moon, both reiterating their commitment and cooperation to defuse tensions on the Korean peninsula.

The white airplane had Democratic People’s Republic of Korea, North Korea’s official name, inscribed in black Korean letters on its side, followed by the North Korean flag.

Police formed barricades inside the airport as the delegation made their way to the bullet train to take them to the mountain resort of Pyeongchang.

Kim Yo Jong and her delegation were greeted by government officials, including Unification Minister Cho Myong-gyon, before boarding the train.

There were no other civilian passengers on the train, a rail official told Reuters, asking not to be identified because of the sensitivity of the matter.

Smiling and seemingly unfazed by cameras flashing during the airport meeting, Kim Yo Jong wore a black coat, matching ankle boots and carried a black purse. Dozens of South Koreans at the airport tried to snap photos of her on their mobile phones.