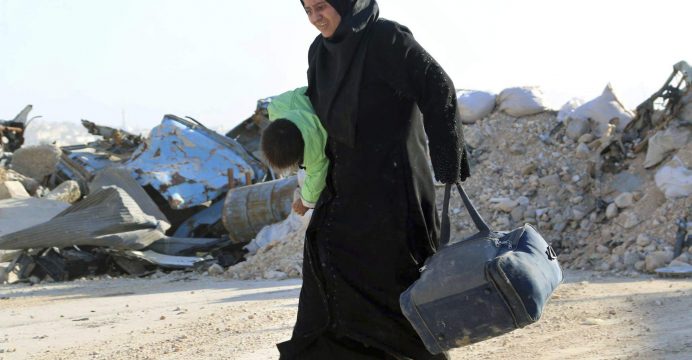 France calls for opening of humanitarian corridors in Syria

France wants air strikes in Syria to end and calls for the opening of humanitarian corridors as soon as possible, the French defense minister said on Friday.

“We are very preoccupied and are monitoring the situation on the ground very carefully. The air strikes need to end,” Florence Parly said on France Inter radio, giving no further details.

“Civilians are the targets, in Idlib and in the east of Damascus. This fighting is absolutely unacceptable,” she added.

The Syrian civil war, now entering its eighth year, has killed hundreds of thousands of people and driven more than 11 million from their homes, while drawing in regional countries and global powers supporting client factions on the ground.

The U.S.-led coalition and its local allies in Syria struck pro-government forces with deadly air and artillery fire to repel “an unprovoked attack” near the Euphrates, the coalition said on Thursday.

The incident underscores the potential for further conflict in Syria’s oil-rich east, where the U.S.-backed Syrian Democratic Forces (SDF) alliance of Kurdish and Arab militias holds swathes of land after its offensive against Islamic State.