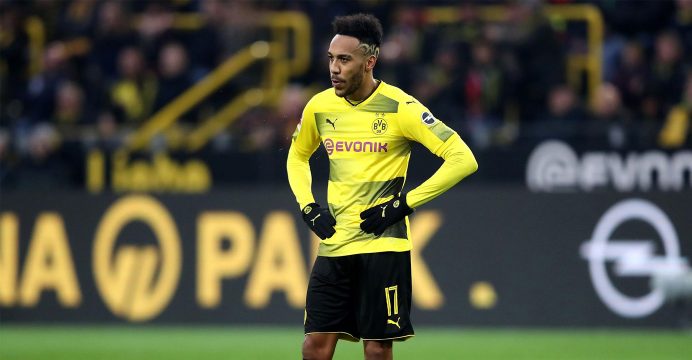 Pierre-Emerick Aubameyang has joined Arsenal after the Gunners agreed terms with his former team Borussia Dortmund, both clubs confirmed Wednesday.

The 28-year-old Gabon striker, who has scored 141 goals for Dortmund since joining in 2013, has cost Arsenal an undisclosed club record fee, according to a statement from the Premier League club.

Arsenal committed £150 million in fees and wages yesterday to make Pierre-Emerick Aubameyang and Mesut Ozil the highest paid players in their history and the centre-piece of Arsene Wenger’s attacking overhaul.

Arsenal are currently sixth in the Premier League and eight points adrift of Liverpool in the fourth Champions League place. They play Manchester City in the League Cup final later this month but their best realistic chance of returning to the lucrative Champions League may now rest in winning the Europa League. Arsenal’s contract priority now will be deals for Jack Wilshere and Aaron Ramsey. Wilshere is out of contract this summer and Ramsey has only 18 months remaining on his current deal.