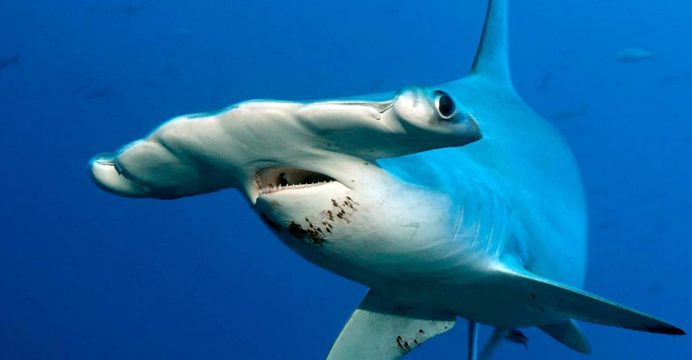 In the Galapagos, an idyllic hammerhead shark nursery

For millions of years, new- born hammerhead sharks have grown up in nurseries sheltered by the mangrove swamps and reefs of the Galapagos Islands, safe from all human threat.

But until November, biologists had no idea the sharks had their own hideaway that could hold some of the final secrets of this remote archipelago 1,000 kilometers (600 miles) off South America’s Pacific coast.

“It was quite by chance that we found this natural nursery for baby hammerheads, a species that is under a high level of threat,” said Eduardo Espinoza, the biologist in charge of monitoring ecosystems in the Galapagos Marine Reserve.

“It is a unique area, of great interest to conservationists,” he told AFP. 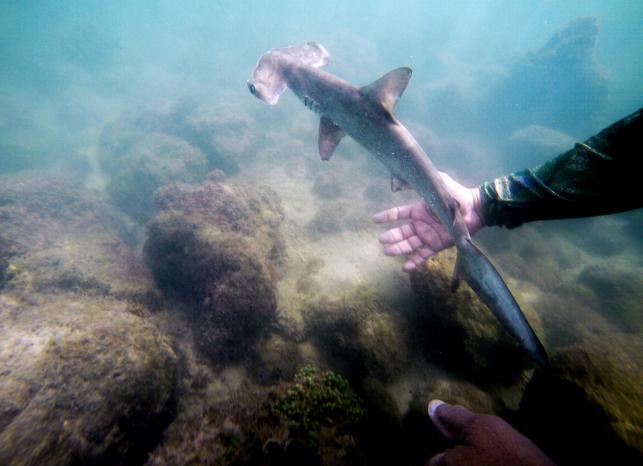 Still stunned by the find, Espinoza and his team are returning by boat to the spot in northeastern Santa Cruz, one of the main islands in the archipelago, to collect data and attach tracking devices to the young sharks.

The picturesque journey takes the scientists past sea turtles and white beaches where black marine iguanas sun themselves while enormous pelicans soar overhead, before their small boat winds its way down a narrow channel between the mangroves to a shallow, rocky pool.

Clearly visible in the water, dozens of small, silver-skinned sharks, one eye on either extremity of their T-shaped heads, glide gently among other species of fish, looking for the crustaceans they feed on during their early years.