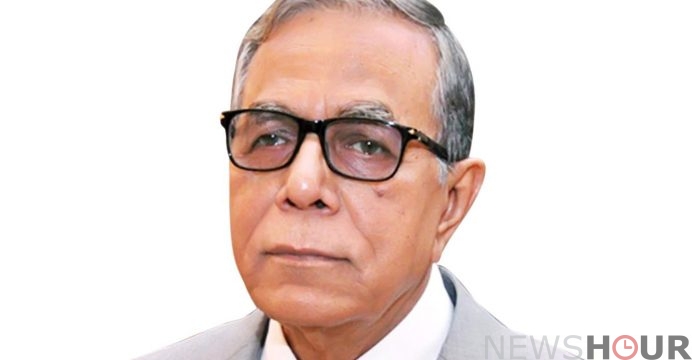 President of Bangladesh Mr. Md Abdul Hamid yesterday urged the cultural activists to play their due role to accelerate the country’s ongoing development trend and make it sustainable.

“I urge all cultural activists to work to fulfill the hopes and aspirations of mass people and highlight all things around you from the point of cultural view”, the President said while addressing the inaugural session of an Art Exhibition at Bangladesh Shilpakala Academy here.

President Hamid said there is no alternative to practicing cultural activities and freethinking to build a non-communal nation.

He said Father of the Nation Bangabandhu Sheikh Mujibur Rahman realized the fact deeply and took various pragmatic steps for development of art, literature and culture in the country.

“The whole nation is grateful to the cultural activists for their great contribution to the country’s 1971 Liberation War, 1952 Language Movement and many other democratic movements in the history of Bangladesh.

Paying rich tribute to Father of the Nation Bangabandhu Sheikh Mujibur Rahman, Abdul Hamid said Bangabandhu’s life and works would remain as a source of inspiration of all as long as Bangladesh exists.

President Hamid also asked the artists to highlight the dreams and ideal of Father of the Nation before the new generation through their creative works.

Later, the President visited the art gallery, where art works of Sheikh Akash is being exhibited.

Different historic photographs of Bangabandhu and his family members were portrayed on wood.

President stayed there some time and exchanged views with the members of the youth cultural forum.

Secretaries concerned to the Bangabhaban accompanied the President.