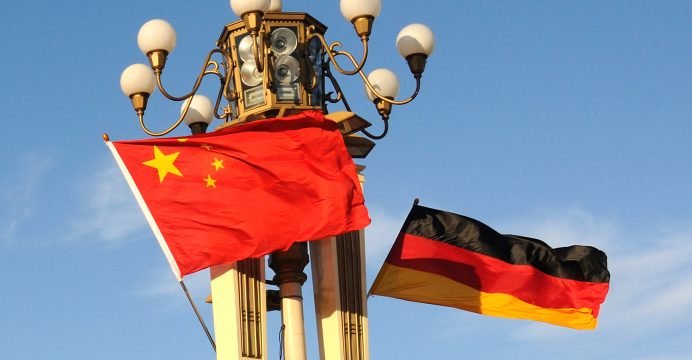 German exports to ride recovery tide in EU, US, and China

German exports and imports will hit record highs in 2018, the BGA trade association said on Tuesday, adding that companies in Europe’s largest economy will continue to reap benefits of a recovery in the United States, the European Union and China.

Exports are forecast to rise by 5 percent next year to hit a record high of 1.3 trillion euros ($1.53 trillion). Imports will grow by 7 percent to also reach a record of 1.1 trillion euros.

The trade projections are another confirmation that recovering exports will contribute to an expansion next year that the Ifo economic institute estimates at 2.6 percent. Trade will add more impetus to an economy that has been growing thanks to state spending and private consumption.

The BGA cited protectionist trade policies of U.S. President Donald Trump as a threat to the free commerce order regulated by the World Trade Organization (WTO) and that has benefited Germany in particular.

“We need rules-based free trade that has been secured by the WTO for decades,” BGA president Holger Bingmann said in a statement. “That’s why we find it alarming if U.S. trade policy aims to weaken this traditionally efficient organization.”