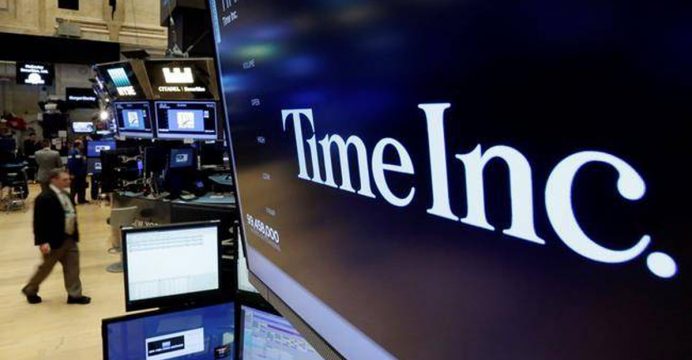 The deal is a coup for Meredith, which held unsuccessful talks to buy Time earlier this year and in 2013.

It will give news, business and sports brands to the Des Moines, Iowa-based publisher and broadcaster, which owns lifestyle magazines such as Better Homes & Gardens and Family Circle. Analysts have said that bulking up on publishing assets could give Meredith the scale required to spin off its broadcasting arm into a standalone company.

When combined, the Meredith and Time brands will have a readership of 135 million people and paid circulation of nearly 60 million. The deal also will expand Meredith’s reach with internet-savvy millenials, creating a digital media business with 170 million monthly unique visitors in the United States and more than 10 billion annual video views.

The Koch brothers are two of the world’s richest men through their ownership of Koch Industries, a sprawling industrial empire that manufactures such products as Brawny paper towels, Dixie Cups and Lycra.

Koch Equity Development, the private equity arm of the Koch brothers, agreed to offer Meredith $650 million in preferred equity to fund the Time acquisition. The companies said the Koch unit will not have a seat on Meredith’s board and will have no influence on Meredith’s editorial or managerial operations.

The Kochs, known for their advocacy of conservative policies and influence on some quarters of the Republican Party, had previously expressed interest in buying media properties such as the Los Angeles Times and the Chicago Tribune in 2013.

Their involvement in the Time deal “underscores a strong belief in Meredith’s strength as a business operator, its strategies, and its ability to unlock significant value from the Time acquisition,” according to the companies’ statement announcing the deal.