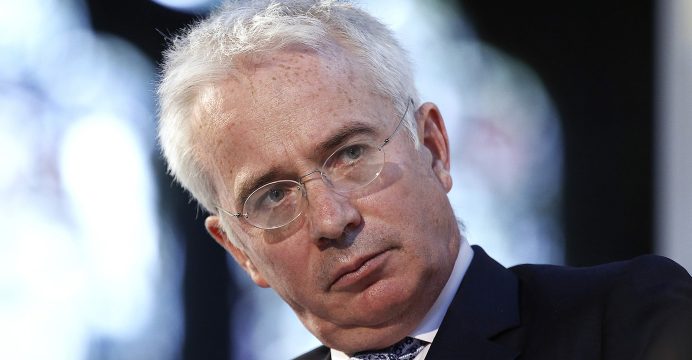 The International AIDS Society (IAS) welcomes the appointment of Peter Sands as the new Executive Director of the Global Fund to Fight AIDS, Tuberculosis and Malaria.

Sands is the former Chief Executive Officer of Standard Chartered PLC, one of the world’s leading international banks operating across over 70 markets, primarily in emerging markets. After a distinguished career in banking, Sands has been a research fellow at the Harvard Global Health Institute and the Mossavar-Rahmani Center for Business and Government at Harvard Kennedy School, where he has immersed himself in a range of global public health projects.

He currently serves as the Chairman of the World Bank’s International Working Group Financing Pandemic Preparedness and is a research fellow at both the Harvard School of Public Health’s Global Health Institute and the Harvard Kennedy School’s Mossavar-Rahmani Center for Business and Government.

He has been active with the U.S. National Academies of Sciences, Engineering, and Medicine as the Chairman of its Commission on a Global Health Risk Framework for the Future, a committee member for its Ensuring Access to Affordable Drugs report, and a member of its Forum on Microbial Threats. He previously served on the Board of the Global Business Coalition on AIDS, Tuberculosis & Malaria, as well as the Board of the United Kingdom’s Department of Health as its Lead Non-Executive Director.

“Peter brings a depth of experience and a passion for the three diseases – and that is exactly what is needed at this point in the response,” Owen Ryan, IAS Executive Director and Global Fund Board member, said. “Peter has a bold and inspiring vision for the organization’s future that is in keeping with the IAS’ pursuit of an evidence- and human rights-based AIDS response. I congratulate him on his new role, and look forward to working with him to explore new ways that the IAS and the Global Fund can collaborate.”