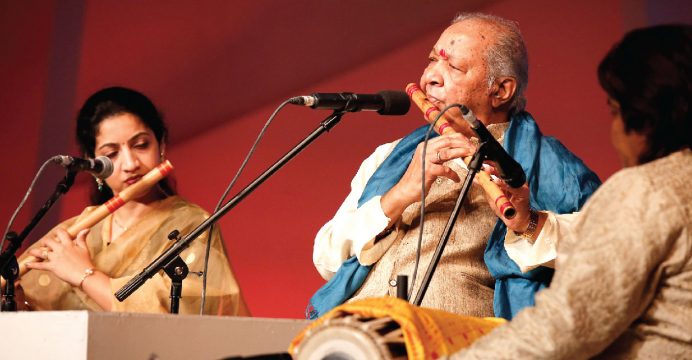 Most of the Indian subcontinent artists and musicians invited to the event have agreed to come, Bengal Foundation Chairman Abul Khaer Litu told bdnews24.com on Tuesday. The programme will end on Dec 30.

A newspaper had wrongly reported that the Bengal Foundation had received permission to use the Mirpur Indoor Stadium for its ‘folk music’ fest.

“Bengal has never organised the folk fest. Who spreads such news?” the Bengal Foundation chairman said, dismissing the report as ‘false’.

“We sought to use the Mirpur Indoor Stadium for the classical music festival. The finance minister was also supportive of our request. But, given the heavy schedule for the cricket season, we decided to hold the event at the Abahani field. We have received permission to use it.”