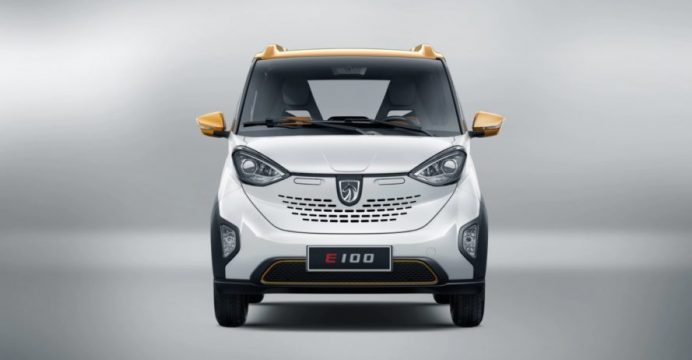 GM produces vehicles in China through a joint venture with SAIC, the country’s largest automaker, as well as a three-way tie-up with SAIC and Guangxi Automobile Group, formerly known as Wuling Motors.

China has set stringent production quotas for NEVs which automakers must meet by 2019, a move that is prompting a flurry of electric car deals and new launches of battery electric and plug-in hybrid models as automakers in China race to ensure they do not fall short, reports Reuters.

GM produces vehicles in China through a joint venture with SAIC, the country’s largest automaker, as well as a three-way tie-up with SAIC and Guangxi Automobile Group, formerly known as Wuling Motors.

Tsien, GM’s China chief since 2014, said both SAIC-GM Corp and the three-way tie-up “are working to at least meet, if not exceed, those credit mandate requirements”.

Tsien told reporters on Monday that both joint ventures will try to meet those requirements without having to purchase NEV credits from other automakers with excess credits.

“We intend to be able to produce enough products for those joint ventures to be able to meet the NEV quotas on their own,” Tsien said.

“I can’t give you any specific (NEV production and sales volume) numbers other than to say that through the complicated formula we will either meet or exceed.”

China officially unveiled NEV requirements for automakers in late September. When the green car quotas take effect in 2019, automakers will need to accumulate enough credits by producing and selling enough NEVs to hit a threshold equivalent to 10 percent of annual sales. That level would rise to 12 percent for 2020.

Tsien said GM is off to a good start with an electric battery car that it launched in July. The car, called the Baojun E100, is undergoing a feasibility study of a direct-sale method GM devised for it and is currently available only in the south China city of Liuzhou where GM’s three-way joint venture produces them.

The car is one of the three electric battery car models GM already has available in China. GM plans to launch at least seven more NEVs in China by 2020.