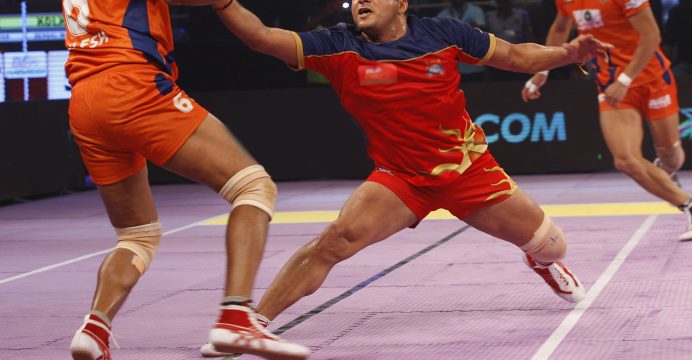 Bangladesh will host int’l Kabaddi meet in near future

Inspector General of Police (IGP) and President of Bangladesh Kabaddi Federation AKM Shahidul Haque today said Bangladesh is going to arrange an international kabaddi competition in the near future.

Mentioning kabaddi as one of our rural heritage games and that Father of the Nation Bangabandhu Sheikh Mujibur Rahman had declared kabaddi as national game in 1974, the IGP said, adding Bangladesh Kabaddi Federation will also arrange upazila level kabaddi completion in the country.

He was speaking while distributing prizes of the ‘KMP Commissioner Gold Cup Kabadi Tournament-2017’ at Khulna Circuit House Ground in the city.

He also handed over a trophy to the best player of the tournament award to MSC player Makhtum.

With the theme of ‘Remedy against terrorism, militancy and drugs: a pledge of Khulna Metropolitan Police (KMP)’, the ‘KMP Commissioner Gold Cup Kabadi Tournament-2017’ began in Khulna from October 15.

A total of 16 teams in different clubs of Khulna participated in the competition.