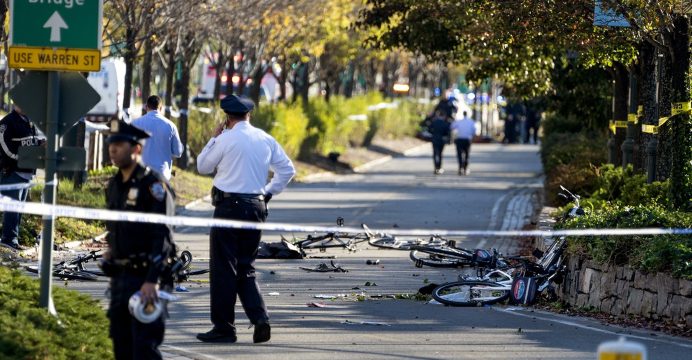 A driver in a rented pickup truck mowed down pedestrians and cyclists on a bike path alongside the Hudson River in New York City on Tuesday, killing eight people and injuring about a dozen others in what authorities said was an act of terrorism.

It was the greatest loss of life from a suspected terrorist attack in New York since suicide hijackers crashed jetliners into the Twin Towers of the World Trade Center in lower Manhattan on Sept. 11, 2001, killing more than 2,600 people.

Tuesday’s assault, on the far west side of lower Manhattan not far from the site of the World Trade Center, was reminiscent of several deadly vehicle attacks in Europe during the past 15 months.

The 29-year-old suspect in Tuesday’s attack was shot in the abdomen by police and taken into custody after he crashed the truck into a school bus and fled his vehicle, New York City Police Commissioner James O‘Neill told a news conference. 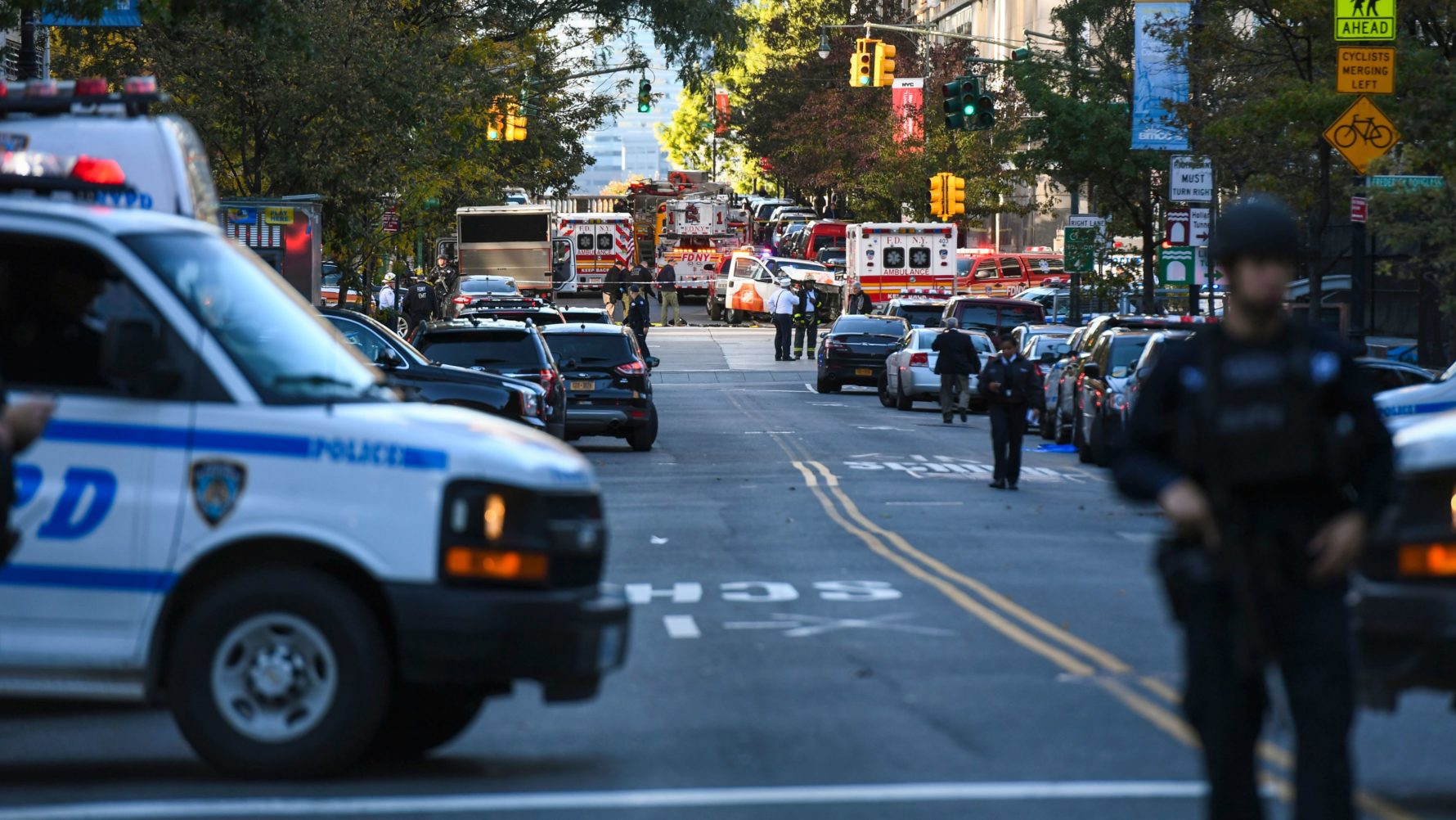 O‘Neill said police were declining to publicly identify the driver. A source familiar with the investigation identified him as Sayfullo Saipov.

The source would not confirm a CNN report that police believe the suspect is from Uzbekistan and entered the United States in 2010.

Asked at the news conference about reports that the driver shouted “Allahu Akbar” – Arabic for “God is greatest” – O‘Neill said a comment by the suspect when he exited his truck and the general circumstances of the assault led investigators to label the incident a “terrorist event.” “There’s no evidence to suggest a wider plot or a wider scheme. These are the actions of one individual meant to cause pain and harm and probably death,” Cuomo said at the news conference.

The driver entered the bike path in lower Manhattan at 3:05 p.m., O‘Neill said, adding that he was armed with a paint-ball gun and a pellet gun.

Two children and two adults were injured when the truck plowed into the school bus, he said.

O‘Neill said the suspect was driving a rented pickup from the Home Depot hardware chain, but declined to say where the truck was rented.

After the attack, mangled and flattened bicycles littered the sunlit bike path, which runs parallel to the West Side Highway along the Hudson River.