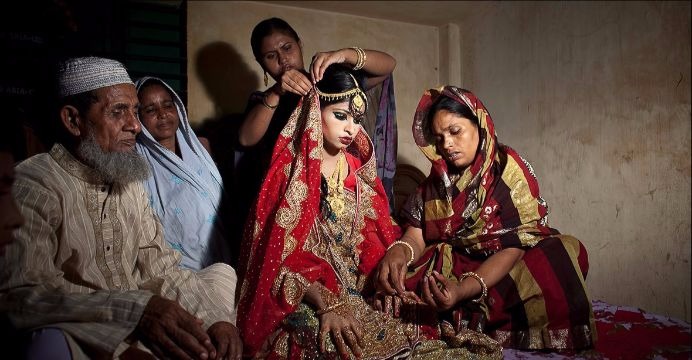 Action to be accelerated to end Child Marriage in Bangladesh

Child marriage is a matter of pressing concern for Bangladesh. Although Bangladesh has made considerable progress in several socio-economic indicators, the norm of the marrying of girl child at early ages still persists in the society.

Population Council in partnership with the Ministry of Women and Children Affairs (MoWCA) and United Nations Population Fund (UNFPA), is implementing a project titled, “Accelerating Action to End Child Marriage”. This project is generously funded by the Governments of Canada, the Netherlands, the United Kingdom and the European Union.

An exciting event is going to be organized where baseline survey findings of the project were shared and discussed on multifaceted issues around child marriages were led by experts. The event was held on Monday, 23 October 2017 from 2:30 pm to 5:30 pm at the Amari, Dhaka. 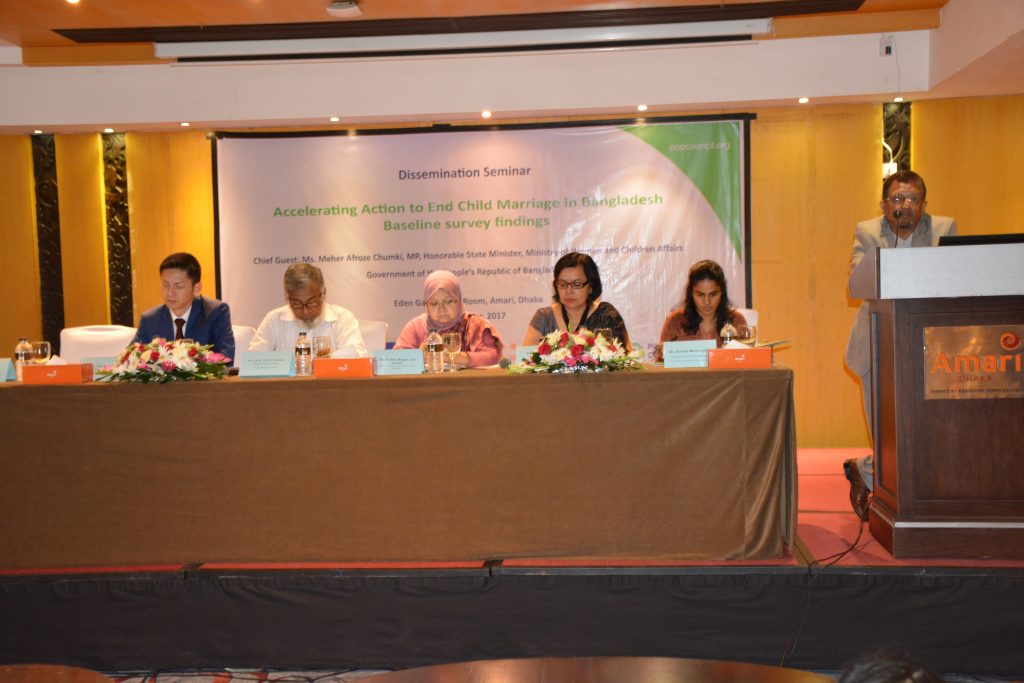 The intervention research study on adolescent girls entitled, “Accelerating Action to End Child Marriage”, is designed to improve the well-being of Bangladesh’s adolescent girls by improving their skills and norms in their community to address problems of child marriage.

The aim is to identify ways through which a sustainable, community-owned skill-building activities for adolescent girls can be ensured. The project is a randomized control trial (RTC) research involving 13,000 girls aged 10-19 years in 72 communities of Bogra and Jamalpur districts of Bangladesh. The research design of this project is built upon the evidence gathered from a similar type of skill-building project titled “BALIKA” implemented from 2012-2016.

KEY FINDINGS FROM THE BASELINE SURVEY:

The program starts with the welcome speech of Dr. Ubaidur Rob, Country Director of Population Council, Bangladesh. After that Ms. Eshani Ruwanpura, Adolescent and Youth Specialist, United Nations Population Fund (UNFPA) presented on the global program to accelerate action to end child marriage and an overview of the Bangladesh project. Then Dr. Sajeda Amin, Senior Associate and Principal Investigator of the project presented the baseline findings of the project.

Later a panel discussion was held, moderated by the chair Mr. A.K.M.Zafar Ullah Khan and facilitated by Dr. Sajeda Amin. The expert panel discussed existing policy and practices of child marriage and on reducing their age at marriage by providing alternative strategies in expanding opportunities for adolescent girls. The program ended with vote of thanks by Ms. Johana Ahmed, Program Manager, Population Council.