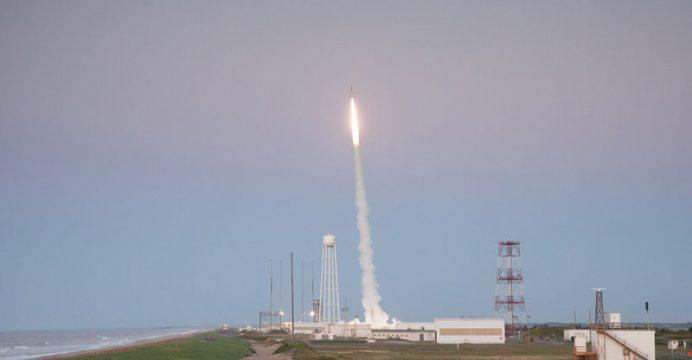 Scientists plans to launch a sounding rocket for a fifteen-minute flight on Monday, which is expected to shed light on the nature of the intergalactic medium, the US National Aeronautics and Space Administration (NASA) said on Friday.

It is planned to measure starlight from a pair of nearby hot stars in the constellation Canis Major, aiming to help researchers understand how the intergalactic medium, or IGM for short, gained its current state, according to the US space agency.

“DEUCE is about being able to better understand if and how star-forming galaxies ionized the early universe,” Nicholas Erickson, a graduate student at the University of Colorado Boulder working with the project, said in a statement.

“This ionizing light has never been measured accurately in hot stars, and DEUCE will make the first calibrated measurement of it, telling us the contribution stars could have had to help ionize the universe,” he said.

Most of the matter in the universe resides in the dark voids in between. Spread out over unfathomable distances, IGM, the cold, diffuse gas between galaxies, hardly emits any light, making it difficult to study.

Scientists know that the IGM, which is mostly hydrogen, has been blasted with high-energy radiation, causing the electrons to break apart from their atoms, a process known as ionization.

“It’s a hard measurement to make because there still is neutral hydrogen between stars that is extremely effective at absorbing the starlight at these wavelengths,” said Erickson. “To be seen on Earth, you need a really bright star that’s close by, and there are only two stars that are viable candidates for this measurement.”

The experiment uses a microchannel plate detector, the largest ever flown in space, to measure the starlight. The mission, in addition to providing scientific data, will test this type of large UV detector for readiness in future large-scale space missions, according to NASA.

And the two stars are close enough that their light reaches Earth before being fully absorbed by the interstellar gas, allowing researchers to measure the amount of starlight to see if it’s enough to significantly contribute to the amount of ionized gas in the IGM.