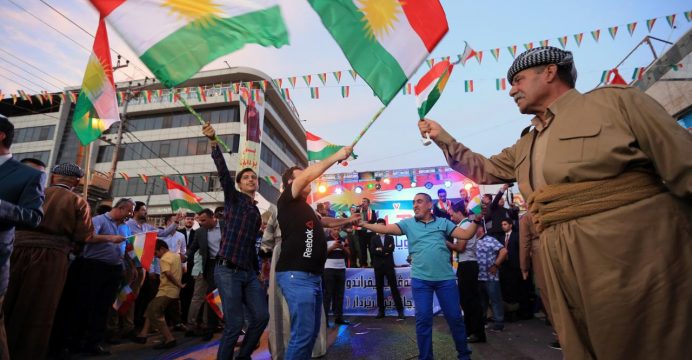 Russia says Iraqi Kurds must act in concert with Baghdad

Russia respects the desire of Iraqi Kurdistan to assert its identity but this must be done in dialogue with the Iraqi government, Russian Foreign Minister Sergei Lavrov said on Monday at talks with his Iraqi government counterpart.

Relations between Iraqi Kurdistan and the central government in Baghdad have been in crisis since the region held an independence referendum last month. The Iraqi military took back the oil-rich Kirkuk area from Kurdish forces last week.

“We understand the hopes of the Kurdish people as it concerns their striving to strengthen their identity, their self-awareness,” Lavrov said at a news conference with Iraqi Foreign Minister Ibrahim al-Jaafari.

“However, we believe it is correct to realize those desires, those hopes exclusively via the Iraqi government and taking fully into account the significance the Kurdish question has on a regional scale, and taking into account the need to avoid additional sources of instability in the region.”