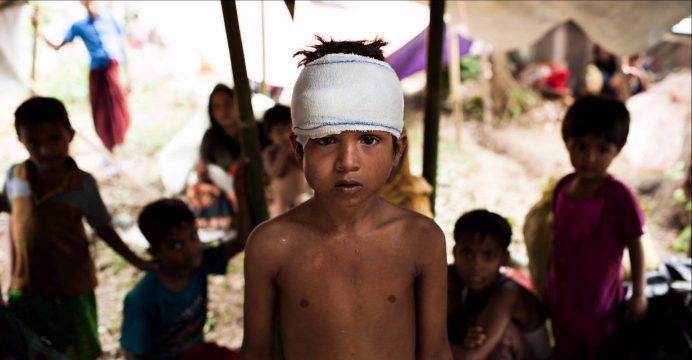 Violence in Myanmar driving up to 12,000 Rohingya refugee children into Bangladesh every week

Desperate living conditions and waterborne diseases are threatening more than 320,000 Rohingya refugee children who have fled to southern Bangladesh since late August, including some 10,000 who crossed from Myanmar over the past few days, UNICEF said today.

“Many Rohingya refugee children in Bangladesh have witnessed atrocities in Myanmar no child should ever see, and all have suffered tremendous loss,” said UNICEF Executive Director Anthony Lake.

“These children urgently need food, safe water, sanitation, and vaccinations to protect them from diseases that thrive in emergencies. But they also need help in overcoming all they have endured. They need education. They need counseling. They need hope. If we don’t provide them with these things now, how will they ever grow up to be productive citizens of their societies? This crisis is stealing their childhoods. We must not let it steal their futures at the same time.” 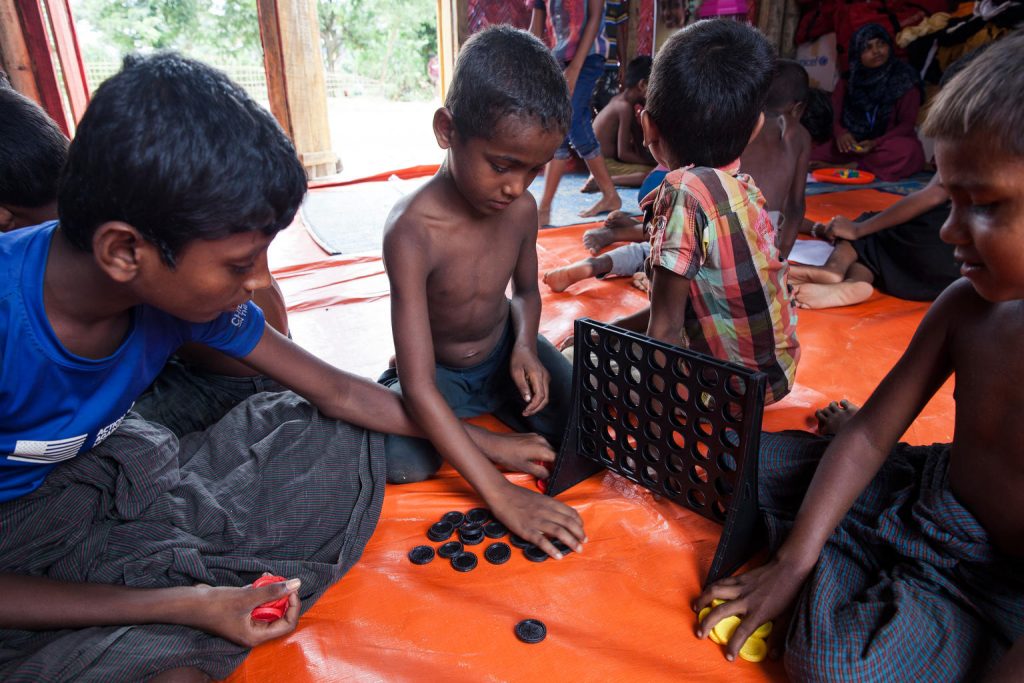 Well over half a million Rohingya people have crossed into Bangladesh’s southern district of Cox’s Bazaar since late August after escaping horrific violence in neighboring Myanmar. They have joined some 200,000 others who came in earlier refugee influxes. Almost 60 percent of the latest arrivals are children, crossing at a rate of between 1,200 and 1,800 per day.

In a newly-released report – Outcast and Desperate: Rohingya refugee children face a perilous future – UNICEF says that most of the refugees are living in overcrowded and unsanitary makeshift settlements. Despite an expanding international aid effort led by the Government of Bangladesh, the essential needs of many children are not being met.

“The refugees are still coming, but already we can see the appalling dangers that the children are facing,” says UNICEF Bangladesh Representative, Edouard Beigbeder.

“Living in the open, with food, safe water, and sanitation in desperately short supply, the risk of waterborne and other diseases is palpable.”

High levels of severe acute malnutrition among young children have been found in the camps, and antenatal services to mothers and babies are lacking. Support for children traumatized by violence also needs to be expanded.

The report also says that in the chaotic setting of the camps, children and youth could fall prey to traffickers and others looking to exploit and manipulate them.

UNICEF is calling for an end to the atrocities targeting civilians in Myanmar’s Rakhine State, and for humanitarian actors to be given immediate and unfettered access to all children affected by the violence there.  At present, UNICEF has no access to Rohingya children in Northern Rakhine State.

The report says a long-term solution to the crisis in Rakhine State is also needed and must address the issues of statelessness and discrimination, as recommended by the Advisory Commission on Rakhine State.

Ahead of an international pledging conference on 23 October in Geneva, UNICEF is urging donors to respond urgently to the requirements of the updated Bangladesh Humanitarian Response Plan (HRP) released by the UN and humanitarian agencies. It calls for $434 million, which includes US$76.1 million to address the immediate needs of newly-arrived Rohingya children, as well as those who arrived before the recent influx, and children from vulnerable host communities.

UNICEF is calling for urgent action in four key areas:

1. International support and funding for the Bangladesh Humanitarian Response Plan and humanitarian response plan for Myanmar;
2. Protection of Rohingya children and families, and immediate unfettered humanitarian access to all children affected by the violence in Rakhine State;
3. Support for the safe, voluntary and dignified return of Rohingya refugees to Myanmar; and
4. A long-term solution to the crisis, including implementation of the recommendations of the Advisory Commission on Rakhine State.

Expanding the provision of safe water, sanitation and improved hygiene for Rohingya children is the top priority of the appeal, amid concerns over a possible outbreak of diarrhea and other waterborne diseases. Most Rohingya children are not fully immunized against diseases such as measles. UNICEF is also focused on providing Rohingya children with learning and support services in child-friendly spaces, and working with our partners to address gender-based violence.