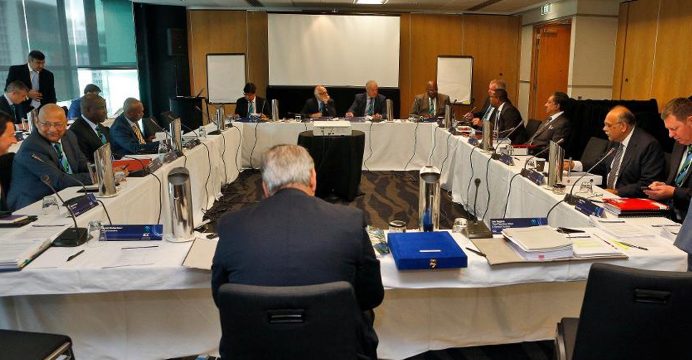 The Test series league will see nine teams play six series over two years, while the ODI league will be a direct pathway towards the ICC Cricket World Cup.

ICC Chairman Shashank Manohar: “Bringing context to bilateral cricket is not a new challenge, but this is the first time a genuine solution has been agreed on”.

ICC Chief Executive David Richardson: “This is a significant point in time for ICC Members and our collective desire to secure a vibrant future for international bilateral cricket”.

The ICC Board today gave the green light to a nine-team Test league and a 13-team ODI league aimed at bringing context and meaning to bilateral cricket. The schedules of the leagues, due to start in 2019 and 2020 respectively, will now be finalised.

The Test series league will see nine teams play six series over two years – three home and three away – with each having a minimum of two Tests and a maximum of five and all matches being played over five days culminating in a World Test League Championship Final.

The ODI league will be a direct qualification pathway towards the ICC Cricket World Cup and will be contested by the 12 Full Members plus the winners of the current ICC World Cricket League Championship. In the first edition of the league, each side will play four home and four away series each comprising of three ODIs moving to all teams playing each other from the second cycle onwards.