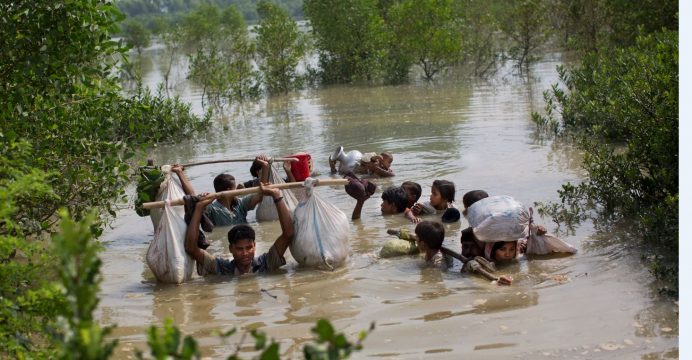 The Bangladesh government has barred three NGOs from operating aid activities among the Rohingyas, who fled violence in Myanmar’s Rakhine.

A member of the Parliamentary Standing Committee on the Foreign Ministry said the ministry informed them of the decision.

“It is believed they were running other operations under cover of relief efforts,” ruling MP Mahjabeen Khaled, who sits on the House panel, told bdnews24.com.

“Several others, who are running operations without proper authorisation, have also been ordered to stop their activities,” she said on Wednesday after a meeting of the committee.

Another member of the panel, asking not to be named, told bdnews24.com that the three NGOs are Muslim Aid Bangladesh, Islamic Relief and Allama Fazlullah Foundation.

Shahadat Hossain, the bureau’s director for registration and audit, however, did not explain the reason for the decision when asked by bdnews24.com.

No officials of Muslim Aid were immediately available for comment. The phone numbers found on Fazlullah Foundation’s Facebook page were found switched off.

Islamic Relief’s Bangladesh Media Coordinator Saiful Azam told bdnews24.com: “We have sought permission to run aid operations, but did not hear from officials yet.”

NGO Affairs Bureau official Md Shah Alam, who is the focal point in Cox’s Bazar aid operations, said that they have no update on these organisations’ operations, but confirmed they have been told by the foreign minister to gather information.

Over half a million refugees have crossed the border into neighbouring Bangladesh, with no let-up in the influx, since Rohingya insurgents attacked security forces in western Myanmar’s Rakhine State on Aug 25.