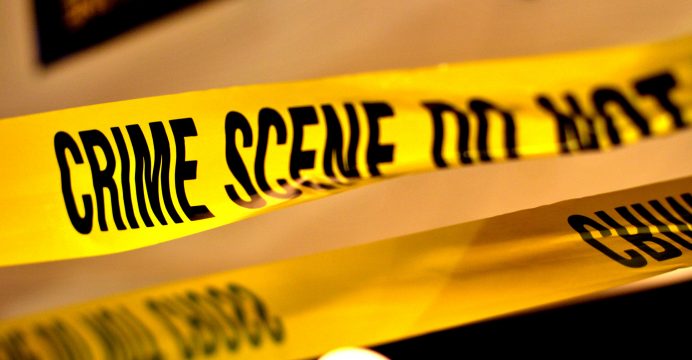 A Washington man convicted of torturing his girlfriend’s son with autisim to death and abusing her younger son was sentenced to 65 years in prison, according to multiple reports.

Matthew Christenson, 45, was convicted in August of both homicide by abuse and second-degree murder for the 2014 death of Otto Smith, an 18-year-old with autism who was the son of his girlfriend, according to the Seattle Pi. Smith’s younger brother, J.C., who was 13 at the time, was also abused by Christenson.

The sentence was handed down Friday, according to the Associated Press. Although the standard range for the crimes is 30 to 41 years in prison, Superior Court Judge Chad Allred agreed to the 65-year sentence that prosecutors recommended.

“Otto was a loving, kind, gentle little boy in a young man’s body,” senior deputy prosecutor Ben Santos said in court, AP reports. “Everyone was drawn to him. He was loved, and this man took him away. And not only did he take him away, he made his last days his worst, and he destroyed many lives along the way.”

KOMO News reports that Christenson met special education teacher Pascia Backman through Craigslist in January 2014. He and his 20-year-old son soon moved into her apartment and began an abusive rule over the household.

Christenson reportedly forced the boys to exercise for hours and severely restrict their diets. He also made them take icy baths, and J.C. had to sleep on the bathroom floor without a pillow or blanket, according to KOMO News.

The man also punched the boys and used a Taser on Smith, the news station reports.

“Imagine being a person with severe autism and developmental disabilities, already locked into a prison of your own mind; then to be beaten, abused, made to wear garbage sacks, beaten with your own toys,” said Bill Carroll, an uncle of Smith’s, according to the AP. “Everything you enjoyed was used to torture you.”

Backman was also controlled under Christenson, with her diet restricted and her medications for anxiety and depression discarded. KOMO News reports that Backman testified that Christenson told her that her sons were evil and she was separated from them.

Smith was found dead in April 2014, according to the Seattle Pi. Backman found her son after Christenson had forced him to take an ice bath, then jammed a sock in his mouth and wrapped his head in layers of duct tape. KOMO News reports she removed the tape and a sock from her son’s mouth before calling 911, all while Christenson drank and smoked.

The teen was declared dead upon his arrival to St. Francis Hospital, where staff believed he had been dead for some time.

“Regardless of what anyone thought about Pascia and her utter failure to protect her children, no one will forget how she described walking into the living room and seeing the defendant sitting in a chair as Otto laid on the living room floor taking his last breath,”  Santos said, according to the Seattle Pi.

At first, Backman told authorities Smith fell down a flight of stairs, according to the outlet. Smith was found to have died of natural causes until detectives with the King County Sheriff’s Office major crimes unit revived the investigation after Backman recounted her story and said Christenson killed Smith.

“Mom brings home the devil, but I don’t know if the devil would do some of these things to these kids,” Carroll said, according to the Seattle Pi. “I hope you die in prison, never again again seeing the beauty of the outside world.”