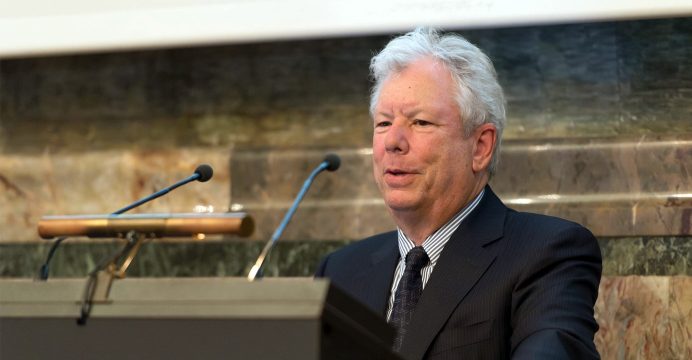 Nobel in Economics is awarded to Richard Thaler

US economist Richard Thaler on Monday won the Nobel Economics Prize for his pioneering work to bridge the gap between economics and psychology, the jury said.

“By exploring the consequences of limited rationality, social preferences, and lack of self-control, he has shown how these human traits systematically affect individual decisions as well as market outcomes,” the Nobel jury said in a statement.

The Nobel committee, announcing the award in Stockholm, credited Professor Thaler with taking the field from the fringe to the academic mainstream. The committee also noted that his work had driven a wide range of public policy improvements, notably a sweeping shift toward the automatic enrollment of workers in retirement savings programs.

Professor Thaler has played a central role in pushing economists away from that assumption. He did not simply argue that humans are irrational, which has always been obvious but is not particularly helpful. Rather, he showed that people depart from rationality in consistent ways, so that their behavior can still be anticipated and modeled.

The economics prize was established in 1968 in memory of Alfred Nobel and is awarded by the Royal Swedish Academy of Sciences. One of Mr. Thaler’s frequent collaborators, Daniel Kahneman, was awarded the prize in 2002.