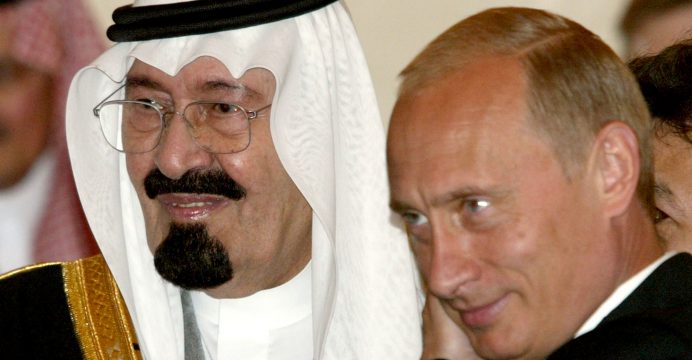 Saudi Arabia’s King Salman left on Wednesday for an official trip to Russia where he is set to meet President Vladimir Putin for talks on oil production and regional policy, state television said.

Several investment deals, including on a liquefied natural gas project and petrochemical plants, could also be signed during the trip and plans for a $1-billion fund to invest in energy projects are likely to be finalised.

The king appointed his son, 32-year-old Crown Prince Mohammed bin Salman, to manage the kingdom’s affairs in his absence.