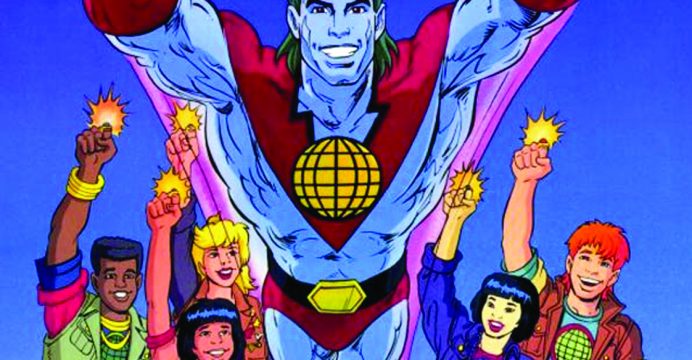 Captain Planet is coming back to television screen from this October. However, it is not exactly the reboot of the original Cartoon Network show Captain Planet.

Sources report that the blue-skinned, eco-friendly superhero get a cameo in an upcoming episode of Cartoon Network’s OK K.O.! Let’s Be Heroes, premiering, October 9.

Original series stars David Coburn (Captain Planet) and LeVar Burton (Kwame) will give voices for their roles in the episode. According to sources, K.O. and his friends combine powers with the iconic superhero (Captain Planet) to defeat the evil Lord Boxman (Jim Cummings) polluting the air around the plaza. Captain Planet will reappear on the TV screen after 20 years.