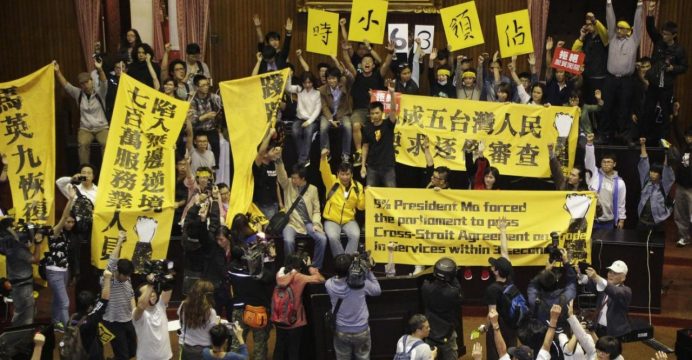 China warned self-ruled Taiwan on Wednesday that it would “reap the consequences” of promoting formal independence, a red line for Beijing which claims the island as its own.

Taiwan’s government hit back, saying it was a reality that the Republic of China, the island’s formal name, was a sovereign country and that no matter what China said it could not change this fact.

Taiwan is one of China’s most sensitive issues. Beijing has never renounced the use of force to bring what it considers a wayward province under its rule.

Defeated Nationalist forces fled to Taiwan in 1949 at the end of the Chinese civil war. Taiwan was a Japanese colony from 1895 until 1945.

Speaking in parliament on Tuesday, newly appointed Taiwan Premier William Lai said he was a “political worker who advocates Taiwan independence”, but that it already was an independent country called the Republic of China and so had no need to declare independence.

Ma Xiaoguang, spokesman for China’s Taiwan Affairs Office, said in reaction that relations across the Taiwan Strait that separates them are not “country to country” relations, and there is no “one China and one Taiwan”.

“Taiwan is an inseparable part of Chinese territory, has never been a country and can never become a country,” Ma said.

“The mainland side resolutely opposes any form of ‘Taiwan independence’ words or action, and will never allow the historical tragedy of national separation to repeat itself. The consequences will be reaped for engaging in Taiwan independence separatism,” he added, without elaborating.

Taiwan’s Mainland Affairs Council said it did not matter what Beijing said, it was an “objective reality” that the Republic of China was a sovereign state.

“Taiwan’s future and the development of relations across the Strait will be jointly decided by Taiwan’s 23 million people,” it said.

Taiwanese officials have said previously that there is no need to declare independence, as the Republic of China is already an independent country, though its territory only covers Taiwan, a few offshore islands close to China and some in the South China Sea.

Relations between Taipei and Beijing have nosedived since Tsai Ing-wen of the pro-independence Democratic Progressive Party won election last year. China suspects her of wanting independence, but she says she wants to maintain peace with China.

Beijing has suspended a regular dialogue mechanism with Taipei established under the previous, China-friendly government in Taiwan, and there has been a dramatic reduction in the number of Chinese tourists visiting Taiwan.