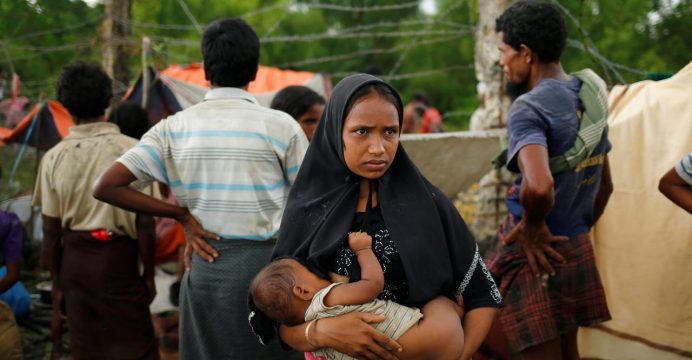 No light of hope yet?

Recent Rohingya crisis and the immense trenchant prescription issued by the security forces of Myanmar has now, at last, spread far and wide across the globe and seems to have caught the eyes of world’s conscience. Directly or indirectly, a “mixed backwash” has built amid the world’s leader in different point of their views. Despite contradiction to the rights of citizenship and humanitarian facilities, the world’s most persecuted minority, the Rohingyas of Myanmar, still do not see the light of hope of retreat to their land as they are now victims of a massive bloody military crackdown which turns them into shelterless, foodless, homeless and forced to become migrants to the neighboring states.

Aung Sung Suu Kyi, who is noted as most familiar leaders in Myanmar, has for years been feted in the West as a champion of democracy during years of military rule and house arrest but she has faced growing criticism over the plight of the Rohingya. As condemnations pour in from across the world, Suu Kyi has defended not the displaced Rohingya but the army, saying critics of the crackdown were being deceived by “a huge iceberg of misinformation.”

U.S. President Donald Trump on Tuesday urged the U.N. Security Council to take “strong and swift action” to bring Myanmar’s Rohingya crisis to an end, U.S. Vice President Mike Pence said on Wednesday, calling the violence there a threat to the region and beyond. 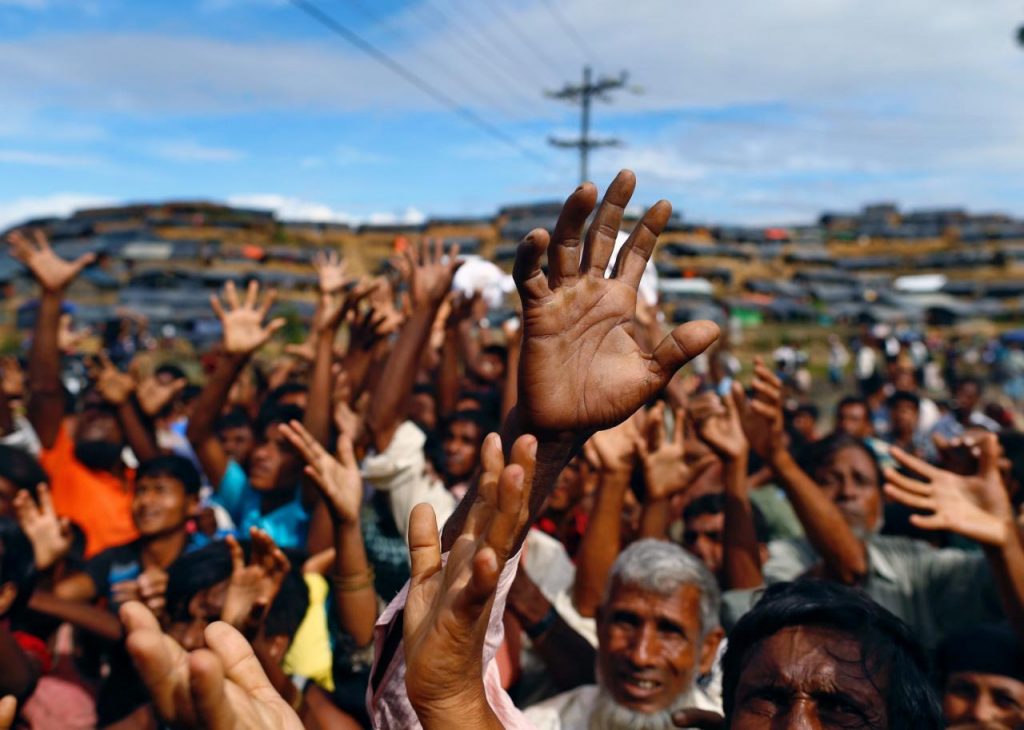 Western diplomats and aid officials had been hoping to see her unequivocal condemnation of violence and hate speech in her address. But Suu Kyi desponded and watered over the expectations both of them while she stands circuitously on the military expedition and encouraging their brutal activities indirectly against Rohingya communities.

In a telephone call with Suu Kyi, U.S. Secretary of State Rex Tillerson welcomed Myanmar’s commitment to allow the return of refugees, but urged it to facilitate aid to those affected by the violence and address “deeply troubling” rights abuse allegations, the State Department said.

Meanwhile, U.S. Deputy Assistant Secretary of State Patrick Murphy is in Myanmar and is due to meet government officials and representatives of different communities in Sittwe, the capital of Rakhine state.

Bangladeshi Prime Minister Sheikh Hasina said she talked to Trump on Monday about Rohingya Muslims flooding into her country, but expected no help from him as he has made clear how he feels about refugees.

China, which has close economic and diplomatic ties with Myanmar and is a competitor to the United States for influence in the strategically important country, has called for an understanding of the government’s efforts to protect stability.

Britain said it had suspended a military training programme in Myanmar and French President Emmanuel Macron condemned “unacceptable ethnic cleaning” and said he would launch a U.N. Security Council initiative to ensure humanitarian access and an end to the violence.

Suu Kyi rejected a suggestion she was soft on the military, telling Radio Free Asia her objective was national reconciliation.

“We have never criticised the military itself, but only their actions. We may disagree on these types of actions,” she said.

Making the situation dimed and complex through some of her fury and unequivocal comments which goes against the Rohingyas and clears her soft appearance on military inverse, Suu Kyi has already fell in condemn in return by many on her legacy of being a noble prize holder by which she called for “a world free from the displaced, the homeless, and the hopeless.” But now she is acting like a key factor of overthrowing the world’s most persecuted minority community and even driving away their light hope to go back their home.

Md Mehedi Hassan is an undergraduate student of Political Science at the Jagannath University, Dhaka, Bangladesh. He is an Enthusiast in writing and journalism.
No Comments