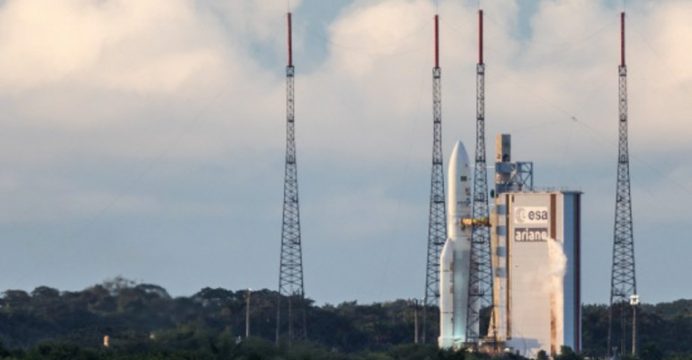 An Ariane 5 rocket carrying two commercial satellites aborted its launch in the final countdown as the main engine was being ignited for liftoff on Tuesday from the Kourou Space Centre in French Guiana.

“In the last seconds of Ariane Flight VA239 launch countdown as the Vulcain cryogenic main stage engine was being ignited, the checkout process detected an anomaly on the launcher, interrupting the final countdown,” operator Arianespace said in a statement, reports BSS.

“The Ariane 5 launcher and payload Intelsat 37e and BSAT-4a immediately switched to a safe mode. Data analysis is underway to determine the cause of the anomaly.”

Arianespace said it would set a new launch date as soon as possible. It was to have been the fifth Ariane 5 rocket launch this year and the ninth by Arianespace. An Ariane 5 lift-off was last aborted at main engine ignition in March 2011.

Intelsat 37e is a high-speed satellite built by Boeing that will offer high-performance telecoms services while BSAT-4a is a satellite for Japan’s Broadcasting Satellite System Corp.