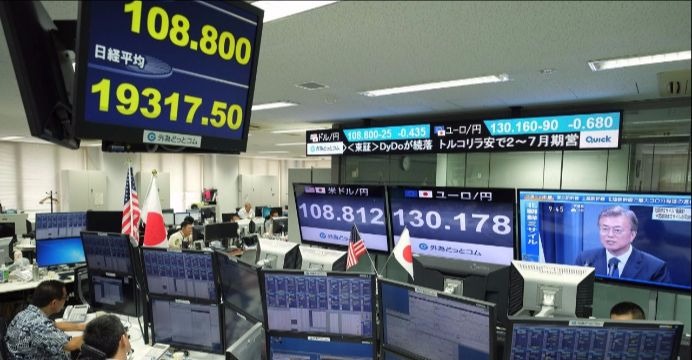 Tokyo stocks fell in early Tuesday trading after North Korea launched a missile over Japan that the country’s prime minister described as an “unprecedented, serious and grave threat”.

Nuclear-armed North Korea’s launch of a ballistic missile into the Pacific Ocean is seen as a major escalation by Pyongyang, sending tensions over its weapons ambitions surging, reports BSS.

“Their outrageous act of firing a missile over our country is an unprecedented, serious and grave threat and greatly damages regional peace and security,” he told reporters in Tokyo.

Hitoshi Asaoka, the strategist with Asset Management One, said the missile launch “could reignite concern over a possible military clash between the US and North Korea”.

“The market can’t help it but see risk aversion strengthen. We have to look out for how the US will perceive the latest missile launch,” he told Bloomberg News.

Abe, coming out of a telephone talk with the US president, told reporters that he and Trump agreed to hike pressure on North Korea.

The Japanese currency, which draws buying in times of uncertainty, rose immediately after the news on the North Korean missile.

The yen was changing hands at 108.67 to the dollar, much stronger than the 109 yen range seen before the missile launch.

A strong yen clouds Japanese exporters’ outlooks as it makes them less competitive abroad and reduces their repatriated profits.

Official data released Tuesday showed domestic consumption was still feeble although the overall economy is picking up steam thanks partly to robust exports.