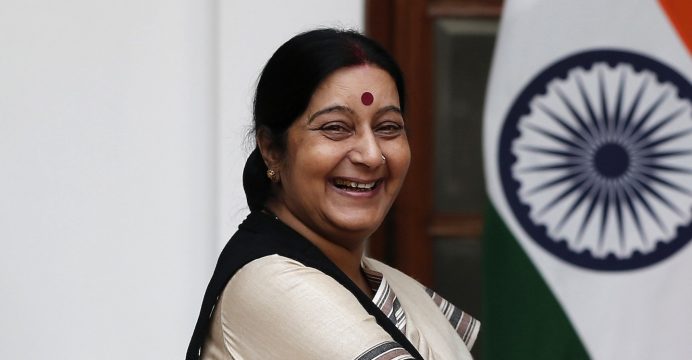 However, the exact date of the visit is yet to be finalised.

This will be Sushma’s second visit to Bangladesh. The Indian minister last visited Bangladesh in 2014.

According to diplomatic sources, the JCC meeting would review the implementation and progress of decisions that were taken during Prime Minister Sheikh Hasina’s visit to India in April.

They said both the countries were working to finalise the date of Swaraj’s visit. Sushma is scheduled to attend the UN General Assembly in New York in the second half of September.

Regarding Bangladesh national election, Shringla told the reporters: “We’re all democracies. We all believe in free and fair elections.”