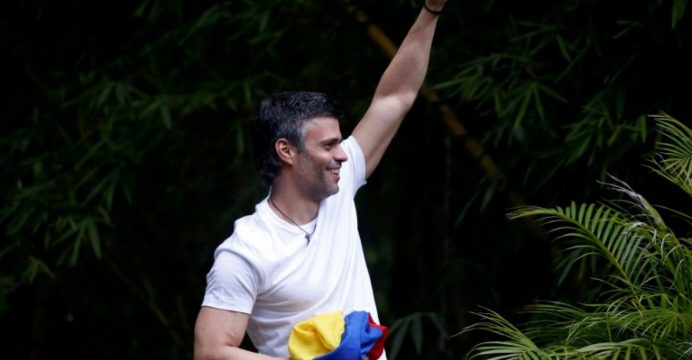 Venezuela returned opposition leader Antonio Ledezma from prison to his home on Friday, hours before the government planned to inaugurate a new legislative superbody authorized to expand the powers of leftist President Nicolas Maduro.

Ledezma and fellow opposition figure Leopoldo Lopez had been taken to prison from house arrest early on Tuesday after encouraging protests against the new constituent assembly, which will have the power to re-write the constitution and could allow Maduro to govern by decree, reports Reuters.

The 545-member assembly was expected to hold its first session later in the day. The opposition, which boycotted the vote on the grounds that the creation of the assembly undermines basic democratic principles, is calling for protests against it.

The Vatican issued a statement asking that Friday’s planned installation of the assembly be suspended and urged Venezuela’s security forces to avoid “excessive and disproportionate use of force” in dealing with protesters.

Governments from Spain to Canada to Argentina have spoken out against the assembly. Its election on Sunday prompted U.S. President Donald Trump to label Maduro as a dictator.

In a pre-dawn tweet, Ledezma’s wife said that her husband had just been brought to his residence.

“Several minutes ago, Antonio was unexpectedly returned by the Sebin (intelligence agency) to our home,” wrote Mitzy Capriles de Ledezma.